A walk around London’s Royal Docks 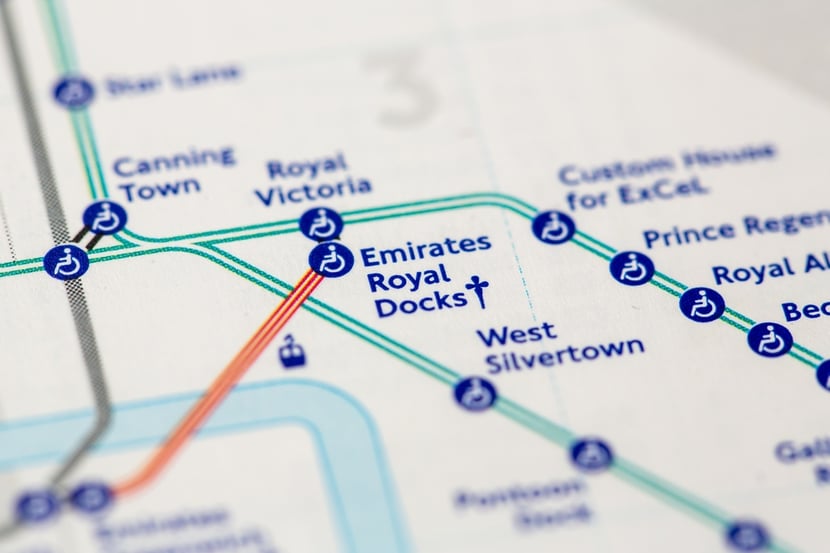 The Royal Docks in East London are steeped in history. Dating back as early as the 1850s, they were originally built to accommodate some of the largest steam ships of the 19th Century and formed part of the largest enclosed dock in the world.

A century and a half later, this historic zone comprising The Royal Victoria Dock, Royal Albert Dock and King George V Dock – known collectively as ‘The Royal Docks’ or ‘The Royals’ – has undergone quite a transformation. London City Airport opened its doors in the late 1980s and the area was connected to the rest of the city via the construction of the Docklands Light Railway (DLR) system. Then at the turn of the millennium, The Abu Dhabi National Exhibition Centre, otherwise known as the ExCel Centre, placed East London on the map for international conferences and world-class trade shows.

By the time London hosted the 2012 Olympics, all eyes were on East London for growth, business and rejuvenation and The Royal Victoria Dock in E16 was no exception. Interest in this vibrant neighbourhood has snowballed and when you explore its stylish cafes, excellent leisure facilities and attractive waterfront, you’ll understand why it’s becoming a highly sought-after postcode to invest and live in.

Once the throbbing artery of UK trade and commerce, The Royal Docks have come full circle since their heyday as a shipping port. Today, it is on course to become the third largest financial district in the UK, behind Canary Wharf and the City of London following a GBP1.7 billion deal to transform it into an Enterprise Zone. This saw the arrival of the Asian Business Port, the largest of its kind in Europe, which will bring 30,000-plus new jobs to the area and provide a platform for Asian investment into the UK and Europe.

As you approach The Royal Victoria Docks on the DLR, you will immediately sense that this area is on the brink of something new and exciting.

You’ll find leafy promenades, stylish mews houses and waterfront cafes where locals sip on cappuccinos. And the historic charm has been delicately preserved throughout with a juxtaposition of old warehouses’ futuristic architecture.

Come evening time, city workers are unwinding with riverside cycling, jogging and sundowners in the many stylish bars. You’ll discover a real sense of space here too – which is why savvy Londoners flock here for fresh air, traffic-free streets and big open skies.

And all this is happening directly across the Thames from Greenwich Peninsula, home to the now iconic O2 Arena. Fast becoming a major attraction in itself, the Emirates Air Line cable car spans the Thames between Greenwich and the Royal Docks, which at peak hours carries nearly 2,500 passengers an hour between these two thriving cultural centres. Newham already stands out among London’s boroughs, boasting the second youngest population in the city. The development underway in the south of the borough will leverage this demographic profile, attracting swathes of London’s young professionals with modern convenience laced with vibrant culture. Next to WakeUp Docklands is a zone devoted to outdoor swimming. You may like to join the spectators if you’re not used to the chilly Thames River temperatures, but if you’re feeling brave, open water swimming is one of the most rejuvenating sports you can try. This venue is one of the world’s most iconic, with an official swimming club, race events and various coaching options on offer.

You’ll find an array of gyms and luxury health clubs in The Royal Docks, including Royal Docks CrossFit and The Quad Club. The luxurious Sunborn Yacht also has onboard fitness facilities. Try personal training sessions with elite trainers or full-body fitness classes outdoors, on deck.

One of the venues which stands The Victoria Dock apart from other areas is The Crystal. This sustainable cities initiative by Siemens is one of the most sustainable buildings in the world and is well worth a visit for its exhibitions on urban sustainability, family workshops and angular glass design. 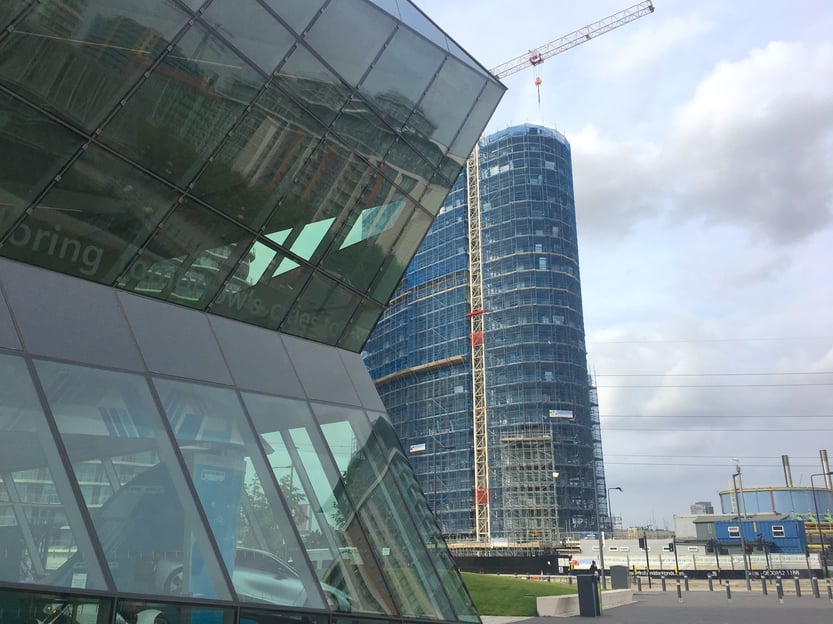 Since 2015, The Royal Docks have played home to The Line – a series of contemporary art which runs between here, the O2 Arena and The Queen Elizabeth Olympic Park. Put on your comfiest walking shoes and follow the route to explore works by the likes of Antony Gormley and Gary Hume. One of the first you will spot is Consolidator by Sterling Ruby. This geometric shape depicts a traditional canon and take prime position in front of The Crystal.

One of the many great things about the Royal Victoria Dock is it is connected to the Greenwich Peninsula by the Emirates Air Line cable car. Reaching a height of up to 90 metres, a ride in these glass pods will offer birds eye views over the River Thames and beyond. Once you arrive at The O2 Arena, you will find restaurants, a cinema complex, bowling, nightclubs and the thrilling Up at the O2 experience. The arena also hosts some of the most famous comedians, musicians and sporting events in the world.

It may come as a surprise, but Royal Victoria Dock is home to arguably the best urban beach in London. Every summer, the space in front of The Crystal is transformed into a sandy beach, replete with traditional stripy deckchairs and plenty of space for little kids – and big kids – to build sandcastles.

Look out for cultural and food events across the seasons. The luxurious Sunborn Yacht has been known to host onboard movie clubs on the bow of the yacht and you will find all sorts of regattas, street food and cultural events hosted in the Docks. Keep up to date with the latest events on the official London Royal Docks website.

You will find an abundance of waterfront hotels in The Royal Docks offering something for both leisure and business travellers. This includes an Ibis, Novotel and the Crowne Plaza. Their two ‘floating hotels’ are the luxurious Sunborn Yacht and the ‘Good Hotel,’ a stylish not-for-profit venue which gives back to the community and interestingly, was shipped to The Docks all the way from Amsterdam. 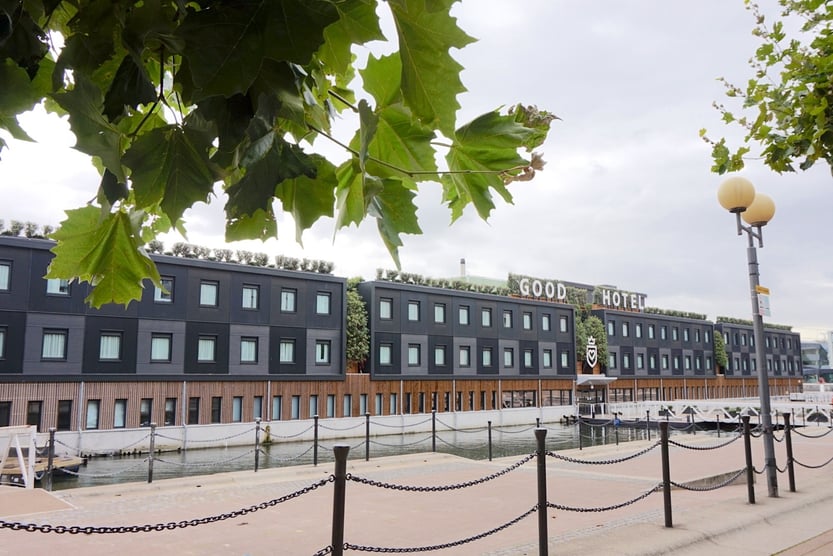 eat, drink and be merry

If swimming and wakeboarding sounds too energetic, The Oiler Bar – made from an ex-Royal Navy refuelling barge – is one of The Royal Docks’ most legendary places to eat, drink and admire some of the more experienced boarders who perform stunts over The Thames River. It’s a lively spot most days of the week – especially if the sun is shining. At weekends, you’re likely to catch their popular BBQs.

Coffee aficionados are spoilt for choice for places to enjoy a cappuccino. Caffé Fratelli and The Crystal Café are all great places to have lunch or a morning cuppa. The Living Room at The Good Hotel also makes for a fantastic coffee or cocktail stop, and offers front-row views of the swimmers perfecting their front crawl. 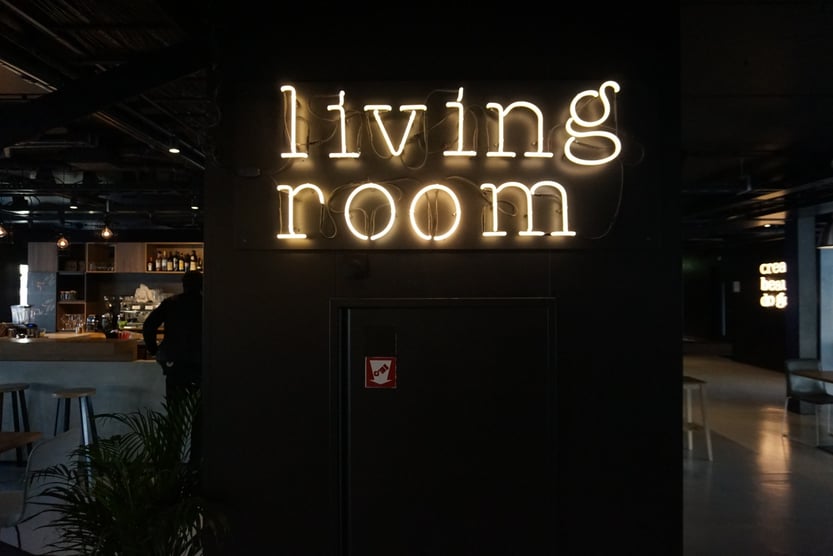 For something a little more refined, The Docklands Bar & Grill serves Starbucks coffee and has an afternoon tea menu should you wish to treat yourself to traditional English scones and a glass of Champagne. This becomes a lively spot at night for dinner or drinks and offers outdoor and private dining too.

The restaurant scene continues to grow in The Royal Docks with an excellent choice of international flavours. Nakhon Thai is nestled behind WakeUp Docklands and look out for Marina Grill and restaurant and Eeshi’s Kitchen along the Excel Marina. You will also find Al Masar Lebanese restaurant and Top 1 Forever restaurant occupying prime position on the Western Gateway and an array of fantastic eateries by the ExCel such as Fox@ExCel, Tapa Tapa and La Barrique. 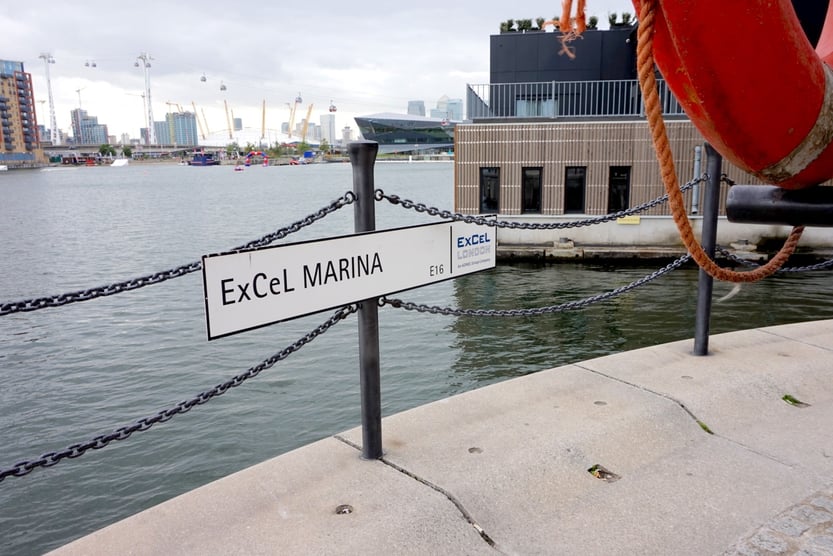 The Lands End restaurant at The Sunborn Yacht offers one of the most luxurious dining experiences in The Royal Docks. With Executive Head Chef Franck Katemesha at the helm, you can expect British, Asian and Mediterranean flavours and spectacular views over to the O2 Arena.

EAT, DRINK AND BE MERRY

There’s no shortage of amenities in The Royal Docks. A NISA and Tesco supermarket can be found on the waterfront, while larger supermarkets are also close-by in the wider borough of Newham. On the waterfront, you’ll also find a foreign currency exchange shop, VA beauty salon and laundry and dry cleaners.

Getting there and away 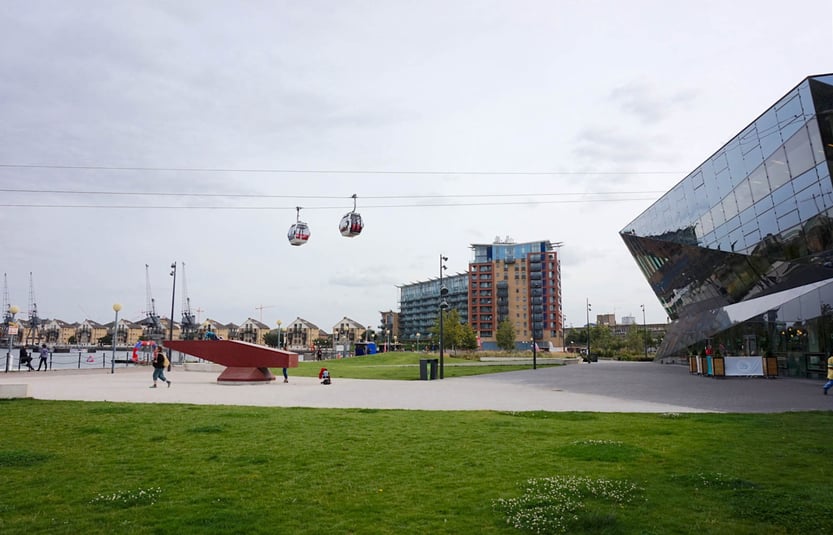 The Royal Docks offer fantastic transport links to the rest of London and beyond. From late 2018, Custom House will be a major interchange between the DLR and the new Elizabeth Line (Crossrail) which will take passengers across London and beyond. When this happens, the Royal Docklands will be just three minutes away from Canary Wharf, 10 minutes from The City and 17 minutes from the stylish shops of Bond Street. And let’s not forget the nearby London City Airport, just 13 minutes away – which will connect you to various European cities and New York JFK.

To find out more about our latest investment opportunities in London’s Royal Docks, speak with an IP Global consultant. 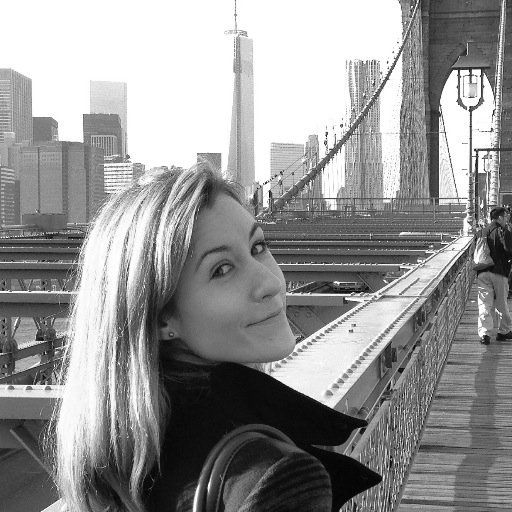 Lucy is a freelance travel writer, journalist and blogger based in London. Originally a newspaper reporter, she has written across food, travel and lifestyle for more than 10 years and finds London to be one of the most innovative, diverse and unique cities in the world.