Despite signs of a more positive outlook in 2017, investors are exercising caution when analysing UAE property market opportunities

The UAE real estate market has fared less well than expected in 2016, characterized by sluggish growth throughout Q1 and Q2. Some experts point to a more positive outlook as we move into 2017, but investors looking for steady growth in the medium to long-term would be wise to exercise caution when considering purchasing UAE property.

Earlier this year, the IMF revised the UAE’s growth prospects for 2016 downwards, cutting earlier projections from 2.6% to 2.4%. However, GDP in Dubai is expected to rise around 3.7%, being largely driven by the private non-oil sector, which continues to expand. Despite challenging conditions, the UAE has maintained its AA Investment Grade credit status from Fitch, a rating backed by sovereign wealth fund holdings rather than diversification.

The strong US dollar has led to a fall in purchasing power from overseas investors which, coupled with the dramatic fall in oil prices, has weakened purchasing appetite. Brent Crude oil averaged around USD38.77 a barrel in the first quarter, down more than 77% from USD118.50 in Q1 2012.

Despite a negative outlook for sales values, the Q1 UAE Central Bank Credit Sentiment Survey revealed a rebound in demand for housing loans in Dubai. A number of factors are set to support a return in confidence to the market, namely; government commitment to infrastructure spending due to Expo 2020, such as the ‘Route 2020’ metro and Dubai Parks & Resorts; controlled supply as developers concede that they need to phase out residential projects in line with demand; and strong liquidity from buyers from markets such as Saudi Arabia and India.

The first quarter of this year saw a slump in residential values of 2.2%, which marks the strongest quarterly average decrease in five years and the seventh consecutive decline, highlighting the challenges faced by the market. Prime locations have experienced some of the most pronounced price drops, with Downtown Dubai witnessing a notable dip in Q1 2016. However, the positive news is that whilst sales and rental prices are still in decline, reductions now come at a slower pace as the market bottoms out.

Year-on-year residential sales prices for villas and apartments have been declining by 10%, but apartments have demonstrated greater resilience, with marginal declines in the first quarter. Dubai Marina was the most prolific sub-market for sales, followed by Burj Khalifa and Business Bay.

Despite the short-term softening, longer-term prospects could be more robust with several new projects being launched by leading developers. Prime examples include Emaar’s new ‘world’s tallest tower,’ and a new mega retail district within the Dubai Creek Harbour project. However, in order to attract off-plan sales, a growing number of developers have been offering discounted schemes, and extending payments well into the handover period.

A total of 2,200 residential units were added during Q1, taking total available stock to 458,000 units, across apartments, villas, and townhouses. During 2016, 7,508 units are expected to complete with the majority of these in secondary locations such as Dubailand, Dubai Silicon Oasis, and Jumeirah Village, with a further 10,299 expected in 2017, rising further to 16,026 in 2018 in the run up to Expo 2020. The Dubai Canal project continues to gain momentum and has positively impacted the residential sector, with strong demand at the Al Habtoor City project, which boasts 1,500 apartments available for foreign purchasers.

Affordable housing is a sector that is vastly undersupplied. JLL defined affordable projects in Dubai as those offering two bedroom units for sale at 790,000 per annum and for rent at AED73,000 per annum, calculated on a middle income family seeking to allocate 30% of their total income to housing. General affordability constraints are hampering the market, which is acerbated by tighter lending criteria at the banks and Federal Mortgage Caps.

Overall, GCC nationals were the predominant group of investors in the UAE, accounting for AED44 billion in property investments during 2015, of which Emiratis accounted for over half at AED26 billion, followed by Saudi nationals and Kuwaitis.

The Abu Dhabi Economic Vision 2030 highlights the crucial role of the private sector, with the non-oil sector expected to contribute 64% of the total GDP by 2030. However, Abu Dhabi’s economic growth is still intrinsically linked to oil, and with government revenues being squeezed, the economy and real estate sector have been impacted. However, the residential sales remain stable, particularly higher-grade stock, due to lack of supply. House hunters are increasingly taking a ‘wait and see’ approach, which means that the market is transitioning into a buyers’ market.

In the 12 months leading up to the end of Q1, the value of villas across Abu Dhabi’s residential investment submarkets fell by 1.4%, and a reduction in transaction volume may put further pressure on prices later in the year. The luxury home sector has been particularly affected, evidenced by a 4.4% decrease in prices on Saadiyat Island. Meanwhile apartment prices remain largely unchanged, driven partially by less supply. Only 719 units were delivered in Q1, bringing the total residential stock to 246,000, with approximately 4,000 units expected to come to market in 2016. Al Raha Beach and Reem Island remain popular investment locations, and more affordable rates can be found in Al Reef and Hydra Village.

One challenge in Abu Dhabi is the marked lack of affordable housing options, which is not helped by the slowdown in delivery of new projects. As companies are reducing headcount and housing allowances are being reduced, landlords are expected to be more flexible with payment terms.

Cluttons estimated that the average real estate values are likely to slip by up to 5% during 2016. The most change is likely to occur at the top of the market, whilst affordable areas forecasted to remain largely unchanged.

The overall UAE residential market is expected to soften during the second half of the year but will level out as we move into 2017.

Globally, further volatility in oil prices, the UK’s EU referendum result and US presidential elections look likely to continue impacting currencies and investment sentiment, with a resultant knock-on effect for property investment appetite. Despite this, for many GCC investors, Dubai’s status as a major safe-haven global city will be unshaken – attracting a steady stream of capital.
Conversely, those earning AED will be buoyed by the prospect of a stronger USD, which will at the very least retain its significant overseas buying power.

Investment potential in secure world markets such as London, Berlin, Melbourne and Chicago is considerably higher and more stable than what is now forecast for the UAE, so we expect this trend to continue as more and more investors realise the value on offer in international property markets. 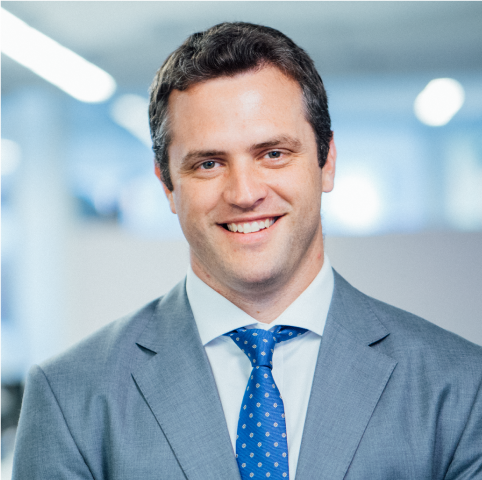 With over 13 years’ experience in global property markets, Richard was the second employee of IP Global in the Middle East, joining as a consultant. He has rapidly progressed over the last 6 years and now heads up the GCC region whilst offering clients advice on diversifying and building portfolios in international property.