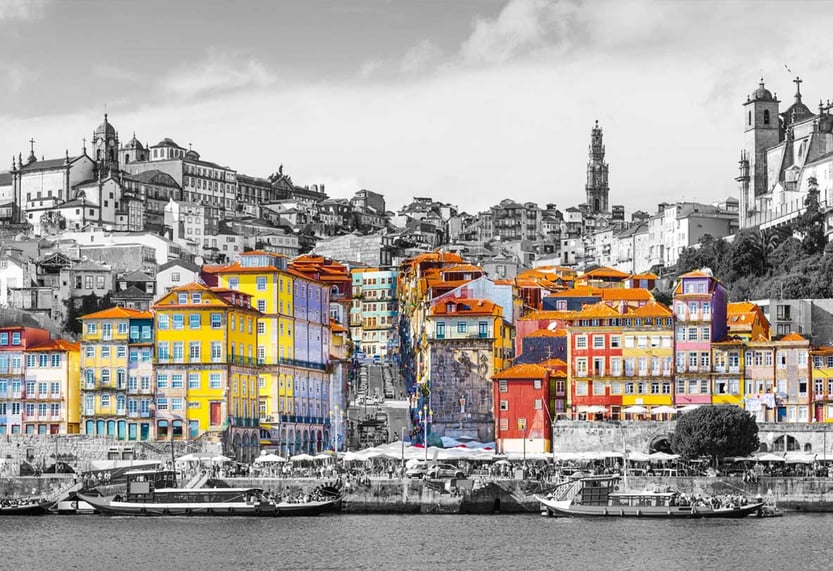 Long considered Lisbon’s quieter sibling, Portugal’s second city is undergoing an incredible moment of transformation. On the steep banks of the Douro River, Porto is establishing itself through its rich culture, thriving culinary scene, and growing student population, as well as being one of Europe’s leading start-up centres.

Portugal’s property markets are currently some of the most attractive in Europe. More than just a desirable holiday destination, the country is now also a hotly desired place to live and invest in. Portugal’s northern jewel is playing an instrumental role in the country’s revival and we expect Porto’s growth to continue.

So, why is IP Global investing in Porto? 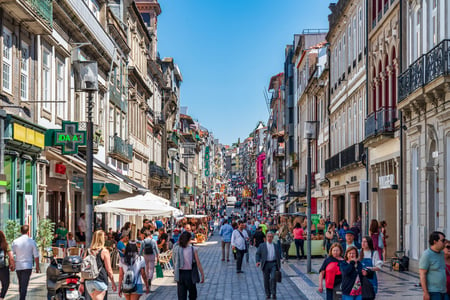 This Unesco heritage city in Northern Portugal is strategically located within a well-connected region.

Already attracting record tourism levels – Portugal saw double-digit growth in visitor numbers every year between 2014 and 2017 – Porto is increasingly appealing to students and young professionals looking for an alternative to other, more expensive European hubs.

Only a 3-hour train ride from Lisbon and with over 8,000 weekly flights to international destinations, Porto offers residents and visitors an ideal position within the continent.

Home to The University of Porto, the city hosts over 72,000 higher education students and is known as the main university hub within Portugal. With the highest number of students in higher education in Portugal, the University of Porto is Portugal’s highest ranked institution, according to the QS World University Rankings 2018. Other universities, including Porto Polytechnic and Porto Business School contribute to the city’s energetic student population and attract a high number of international students.

With only 1,250 dedicated university or religious housing units available in Porto, the majority of students in the city must rent in private accommodation, which is good news for property investors.

Thriving business is not new to Porto. ‘Our DNA is one of business people, manufacturers, [industrialists] and traders. So there’s a strong and long entrepreneurial background to the city,’ explains Rui Coutinho, executive director of the Center for Business Innovation at Porto Business School.

Historically, foreign investment in the Porto region took the form of blue-collar factories from IKEA, Continental and Bosch. However, more recently, these companies have upgraded and expanding into technological development, creating some of the most innovative centres within their sectors.

In 2018, The World Excellence Awards named Porto Europe’s ‘Best Start-Up Friendly City’. ScaleUp Porto is an initiative launched by the Camara do Porto in 2015 aimed at supporting the growth of local technological start-ups with the potential to scale internationally. ScaleUp has been instrumental in successfully positioning the city as a European hub open to entrepreneurs. The city is now a leader within Portugal, accounting of 36% of the nation’s total number of technological start-ups and housing offices of Farfetch, BLIP, Critical Software and Talkdesk, among others.

Porto has world-class infrastructure systems and is only improving its offerings. The Porto Airport is an award-winning and highly connected hub, and an international entryway to Europe. One of the best airports in Europe, it served almost 12 million passengers in 2018 and offers flights to over 110 destinations.

The Leixões port, just outside Porto, serves as a logistics platform to the city and the airport. Responsible for 20% of Portuguese international trade, it has also recently inaugurated a new cruise terminal in 2015 at a cost of EURO50 million which now sees tens of thousands of passengers every year.

Public transport in Porto’s city centre is reliable and good value for money, featuring an extended and diverse network of metro and tram systems, and various urban buses. Managed by a state-of-the-art contactless ticketing system, Porto also has the largest network of buses in the world that have Wi-Fi. An expansion of seven new stations is projected to be completed by 2022 and will increase ridership by an estimated 30,000 rides per day.

House prices in Porto’s city centre have more than doubled since 2014, albeit from a lower base, and demand will continue to exceed the city’s supply across the sales and lettings markets for the foreseeable future.

The housing shortage is driving even more rapid growth in the rental market, with the average rent nationwide increasing by 13% in 2018 alone. Porto’s growing tourism industry has led to many homeowners pursuing opportunities such as Airbnb, and subsequently the city’s housing supply for residents have become increasingly squeezed. Many of the one-bedroom units on the market are targeted at the large student population and growing entrepreneur base.

Porto is a highly affordable major city in Western Europe. According to Porto.ForTalent, the living cost in Porto is 46% lower than Paris, 32% lower than Frankfurt, and 25% lower than Barcelona. Porto’s house prices also remain affordable in comparison to other global investor hotspots. 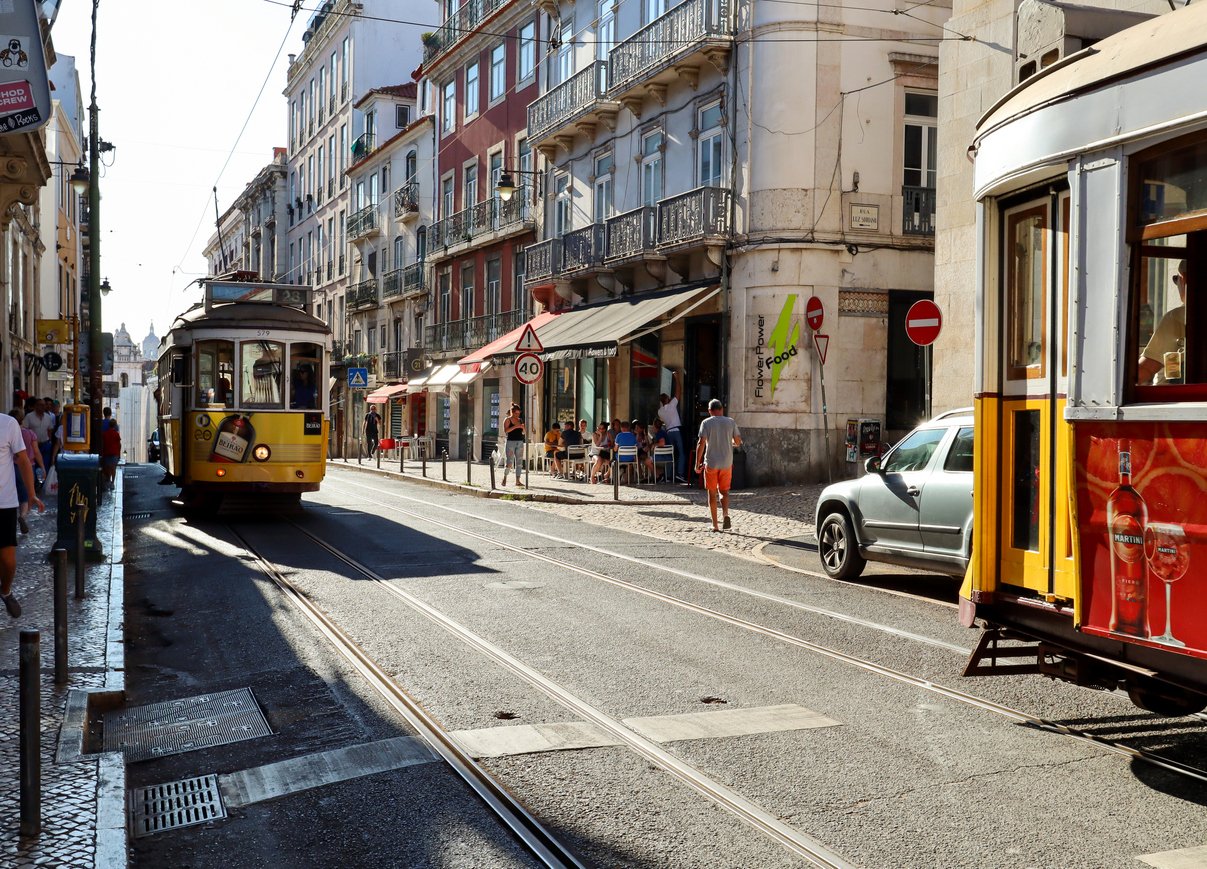 Investors are taking note that Portugal’s tax regime offers a low effective tax burden, free overseas remittances and no gift, inheritance or wealth tax. Property buyers whose purchase qualifies them for a Golden Visa are offered the additional benefit of being able to apply for Portuguese nationality to obtain an EU passport for both themselves and any dependents they have.

Jose Neves, the founder and CEO of Farfetch has reflected that, ‘Porto quickly became an extremely attractive city to live in and invest. I believe that what really makes a difference are the people, the fact that the city is welcoming and that everything is close, the sea, the river and the best of Portuguese cuisine’.

The city offers 39 museums, 20 cinemas, 12 theatres, numerous art galleries as well as a busy cultural agenda throughout the year. Young and imaginative chefs are reinventing the region’s culinary traditions while artists are renovating previously neglected corners of the city. It is unsurprising that CNN has hailed Porto as Portugal’s ‘Most Creative City’ and in 2012, 2014 and 2017 the city was named Europe’s ‘Best Destination’ by Lonely Planet.

Consistently warm weather, a vibrant cultural life, a resurgent entrepreneurial scene, a world-class university and a unique city centre which carries a culture of diversity in its genes support Porto’s growing profile and government schemes will ensure that the attractiveness of Porto remains strong.