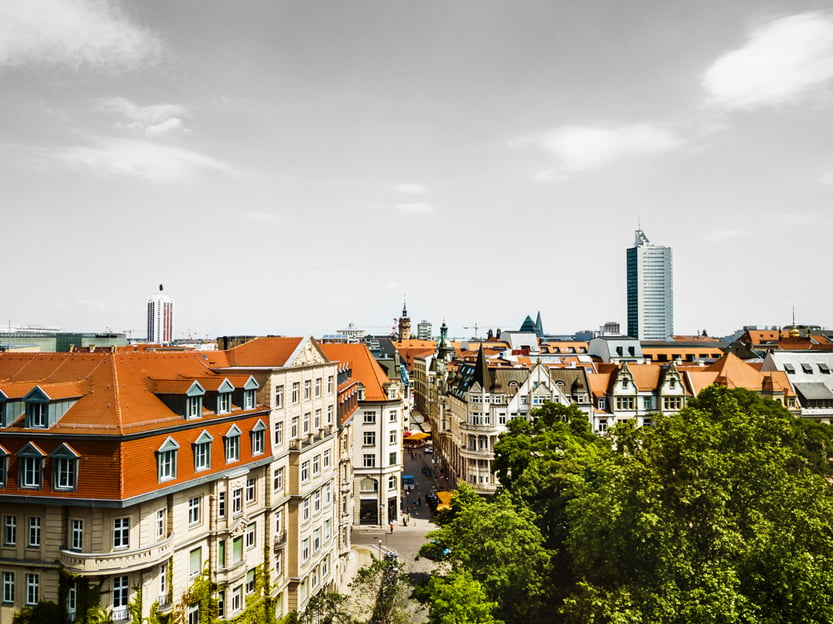 Over the past twenty-five years, Leipzig has undergone enormous social, economic and structural change.

With the fall of the Soviet Union, Leipzig was a town of empty buildings, air pollution, heavy industry and a population that shrunk by half. Today, it is Germany’s fastest-growing city with a much- talked about economic, artistic and cultural renaissance earning it the moniker of “Hypezig”.

And believe the hype you should. While traditionally overlooked for contemporaries like Munich and Berlin, today the city’s development is being compared to that of Berlin in the late 90’s and early 2000’s.

Offering a great quality of life, amenities for modern living, job opportunities and a growing economy, read on to find out why Germany’s 8th largest city is becoming one of Europe’s hottest investment locations.

Here are the 7 reasons to invest in Leipzig:

Leipzig’s rapid economic development is underpinned by the government’s Leipzig 2030 initiative – a blueprint for transforming the city into a national and international business hub and leading European city of arts and sciences through ecological, social and economically-balanced growth. 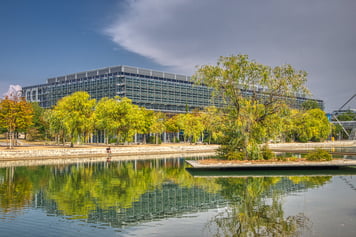 Leipzig is a growing city with a broad economic base that welcomes innovation. While traditionally a manufacturing hub, one of the main tenets of the 2030 plan is to diversify its industries ensuring balanced and sustainable growth of the city.

Industry giants from across a number of sectors continue to heavily invest and set up their headquarters in Leipzig. Automakers like Porsche and BMW, manufacturers including Siemens and DB Schenker to pioneering research institutes and creative and media companies – each are contributing to the city’s economic revival.

The 2030 plan also focuses on developing 5 high-growth industries – Healthcare and Biotech, Logistics, Media and Creative Industries, Automotive and Suppliers and Energy and Environment – positioning Leipzig as one of Europe’s most attractive and pioneering hubs.

3. A TRANSPORT AND INFRASTRUCTURE HUB

Benefiting from its central location in the network of trans-European transport corridors, Leipzig’s strong rail, road and air infrastructure make it a top destination for a wide range of businesses.

Due to its appeal as a European logistics hub, companies like DHL, Kühne & Nage, AeroLogic, Lufthansa Cargo and Future Electronics have each taken advantage of the 24/7 freight services at Leipzig/ Halle, Europe’s fifth-largest cargo airport.

The city is also at the centre of the German Railway Network and part of an international rail container route reaching all the way to China. Leipzig’s public transportation network received €30 million investment in 2018, while a well-connected Intercity-Express places the city just 1 hour from Berlin and 3 hours from Hamburg, Frankfurt or Munich.

As a result of this strong infrastructure network, a number of value-added services have arisen in and around Leipzig, including globally renowned trade fairs and conferences at the Leipziger Messe and the Congress Centre Leipzig. 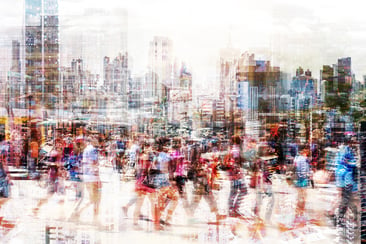 After the fall of the Berlin Wall in 1989, Leipzig’s population essentially halved by the mid-90s with major brain-drain as the younger population flocked to West Germany or abroad.

trial city to a modern, vibrant and knowledge-based economy with new generations of innovators, entrepreneurs and ambitious individuals transforming it into a dynamic and friendly hub.

At the same time, the Government is encouraging ‘natural’ population growth through strong social policies and increasing employment opportunities that result in the city having one of the highest fertility rates in Germany.

Today, Leipzig is Germany’s fastest-growing city, home to a young and educated population that is expected to grow by another 16% to 700,000 inhabitants by 2035. 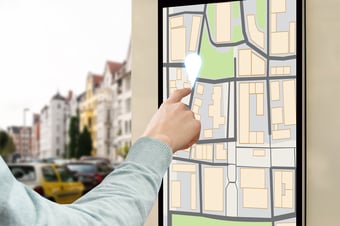 Leipzig was chosen to be part of the European Union’s ‘Triangulum’ project, a five-year, €25 million Horizon 2020 initiative to demonstrate cutting-edge smart city technologies and roll them out across the region.

The Triangulum project helped to establish a Smart Infrastructure Hub in Leipzig, bringing together startups and upcoming technology companies in the field of energy and the Internet of Things to create visions on smart city topics such as smart grids, big data and intelligent mobility and renewable energy resources. The project has delivered a big boost to Leipzig’s smart development and is encouraging further advancements across all parts of the city.

A vibrant startup scene is driving Leipzig’s reputation as an up-and-coming hub for innovation and tech entrepreneurship. An estimated 200-250 startups are currently operating in the city in a wide range of industries, including e-commerce, big data, infrastructure, energy and mobility as well as sciences, healthcare, biomedical and engineering.

Founders, engineers, computer scientists and creatives are being drawn to the vibrant yet affordable city, while a number of incubators, accelerators and coworking spaces have sprung up to support Leipzig’s growing entrepreneurial ecosystem.

With a growing population and robust economy, Leipzig’s real estate is experiencing healthy growth. With prices at around 60% of Berlin’s property market, the city has become popular with renters and purchasers and remains an affordable location among the Big 8.

As vacancy rates remain low at just 2%, it is expected that both prices and rents will continue to rise due to the increased demand for housing across the city underpinned by its robust and growing economy.

The city has earmarked a number of regeneration areas to rejuvenate parts of the city, including ‘social aspects’ such as new schooling and improving transport facilities depending on the needs of the population in those areas.

To find out more about property investment in Leipzig.

Continue reading: Why Leipzig is One of Europe’s Most Attractive Investment Destinations