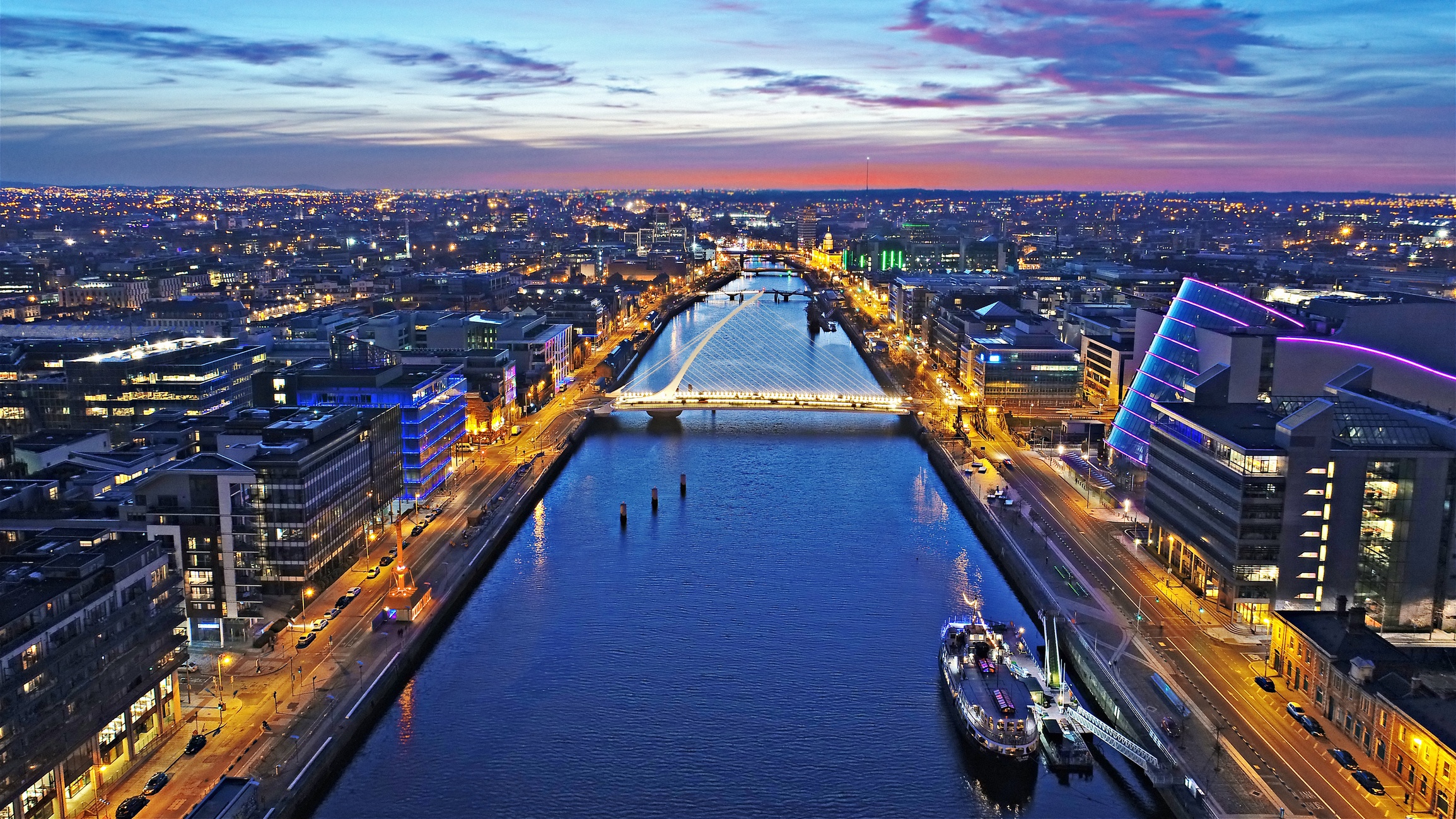 With a booming economy, sustained population growth and developing technology hubs, Dublin is attracting attention for all the right reasons. As both the fastest growing economy for four years in a row and the third top location for property investment in Europe, IP Global is focused on the Dublin market and here are ten reasons why now is the best time to buy property in Ireland’s capital city:

The collapse of the property market ten years ago hit Ireland harder than most other countries. By 2016, however, the tone had changed with reports circulating that the small country was growing as fast as China and had a bourgeoning property market. The Irish economy’s strong and sustained recovery has earned it a ‘star pupil’ reputation amongst its peers in Europe and reignited growth in the country. As of October 2018, Ireland had an unemployment rate of 5.3% - the country’s lowest level since 2008 and below the EU and Eurozone averages – and its GDP is expected to grow 4.4% by the end of this year. Within the booming country, the capital city of Dublin is leading the recovery, demonstrated by it outpacing all other European cities in terms of economic growth for the past four years.

Since the early 1990’s Ireland has been experiencing a population boom which is not anticipated to slow. Over the period from 1991 to 2016 Ireland’s population increased by 35% and Eurostat estimates the population will grow by a further 34.39% between 2015 and 2080. This is particularly significant when compared to the 2.05% growth rate projected for the other twenty-eight members of the European Union over the same period. 40% of this population growth is expected to be seen within Dublin, according to the Central Statistics Office, and this will provide a natural long-term source of demand for housing in the city. 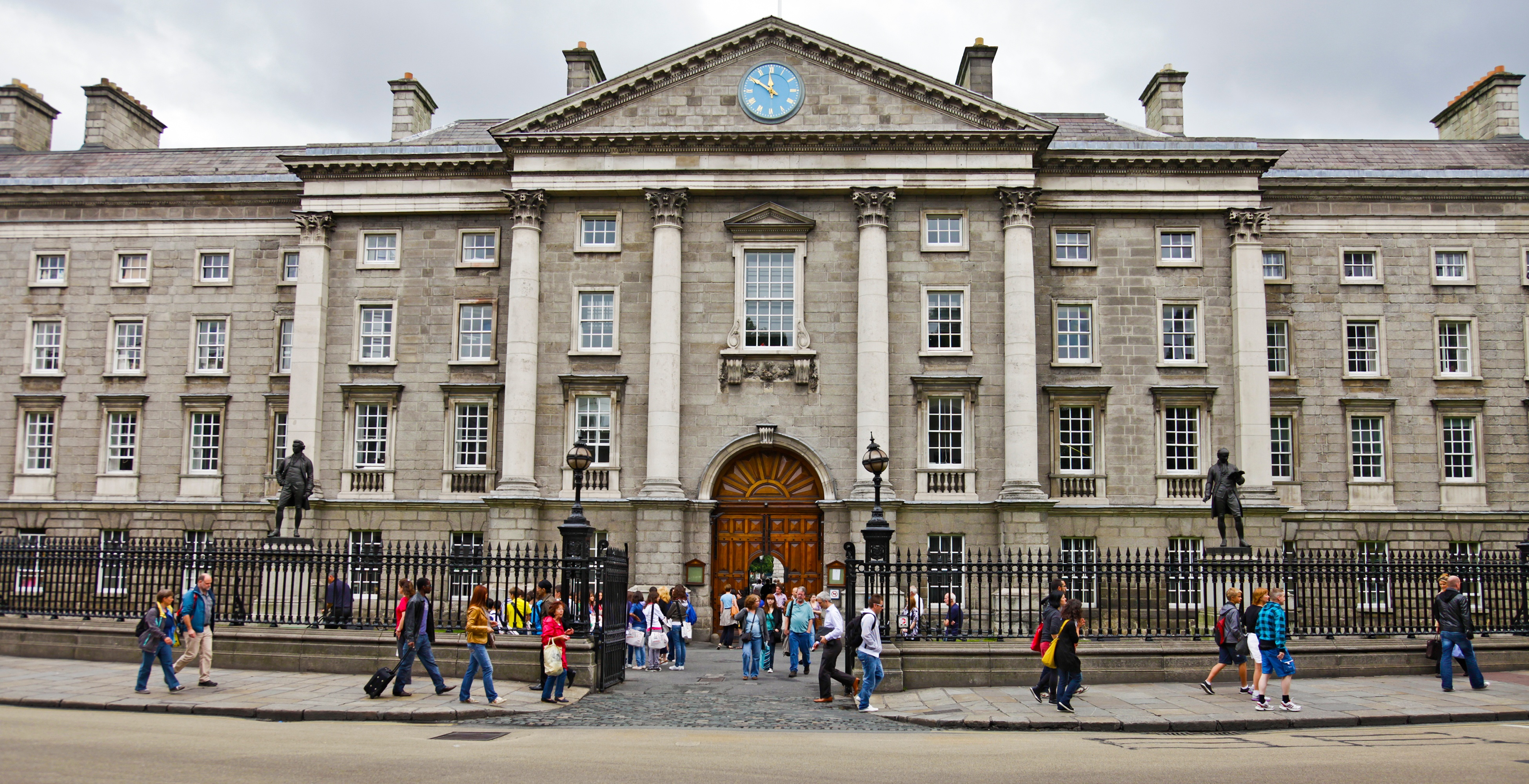 Dublin’s oldest university, Trinity College, was founded in 1592 and since then the city has only grown its academic focus. Now home to four major universities, the city hosts over 225,000 higher education students and is globally recognised for the excellence of its institutions. Impressively, the number of full time undergraduate students has increased by 10% over the last five years. 53% of 30-34-year-olds in Dublin hold a degree, the highest rate in Europe. This superbly educated workforce is a main driver of economic growth in the city. In Budget 2019 Minister Donohoe announced plans for EUR300 million in financial support to be given to the National Training Fund for a Human Capital Initiative that will increase investment in higher education throughout the country from 2020 to 2024, demonstrating that the level of highly skilled workers in Dublin is only set to increase.

While recent developments have demonstrated that initial Brexit predictions were overinflated, Ireland’s stability over the past two years is understandably attractive to investors. As the only country to share a physical border with the United Kingdom, Ireland is positioned to be one of the countries most affected by the final Brexit agreement and the Irish Government have made it clear they intend to support the UK and maintain close ties with the country following Britain’s exit from the European Union. Ranked within Forbes’ list of top ten countries for business, Ireland’s close connection to the UK and place within the EU gives it an advantage over other European countries. Once Brexit is finalised, Ireland will be the only native English-speaking member of the Eurozone and European Union, making Dublin increasingly attractive to foreign businesses. While the exact results of the agreement are yet to be determined, Ireland’s stability and continuing position within the EU makes it an attractive global business destination.

The highly educated, English speaking workforce, along with Ireland’s stable economic and political environment has spurred large capital inflows from international investors in recent years. For six years in a row Ireland has ranked as the top country in the world for high-value Foreign Direct Investment (FDI). Dublin provides 210,000 direct FDI jobs and is a key EMAE HQ location in Europe. Sixteen of the top twenty technology firms have strategic operations in Dublin, including Facebook, Google, LinkedIn, Amazon, Microsoft and Airbnb. From a hard-nosed business perspective Ireland has one of the lowest ‘onshore’ statutory corporate tax rates in the world at just 12.5% and this has certainly proven to be a strong pull-factor for firms. In Budget 2019 the Government aimed to provide certainty to these companies and the Minister confirmed that ‘our longstanding 12.5% rate will not be changing.’

Head of Facebook Ireland, Gareth Lambe, said, ‘Ireland is one of the best places in the world to be a technology company and we’re investing here for the long term,’ in November 2018 when it was announced the company had acquired a new long-term lease of fourteen acres in Dublin, the largest office letting to ever complete in the Dublin market. Facebook is not the only company expanding in Dublin as a response to strong performance in the market. In the last year JP Morgan, Verizon, Google, AIB and LinkedIn have all expanded operations in the city. 2017 saw 3.5 million square feet of office space being purchased within Dublin, the highest ever recorded. In both 2016 and 2017 Ireland hosted Europe’s fastest-growing tech worker population and with the country continuing to attract foreign investors, Dublin's tech sector is set to only expand further.

In February 2018 the Irish government unveiled Project Ireland 2040, a wide-ranging initiative aimed at guiding Ireland’s development over the next twenty two years. The EUR116 billion plan outlines how the country will accommodate the additional one million residents the government anticipates receiving by 2040 and while the plan is country-wide, Dublin will receive significant attention in the coming years. From improved public transportation links and expansion of the city’s port to healthcare facility upgrades and allocations for cultural institutions, this expansive project will help to ensure Dublin’s future development and will help prepare the country for the additional two-thirds of a million people anticipated to be working in Ireland by 2040. 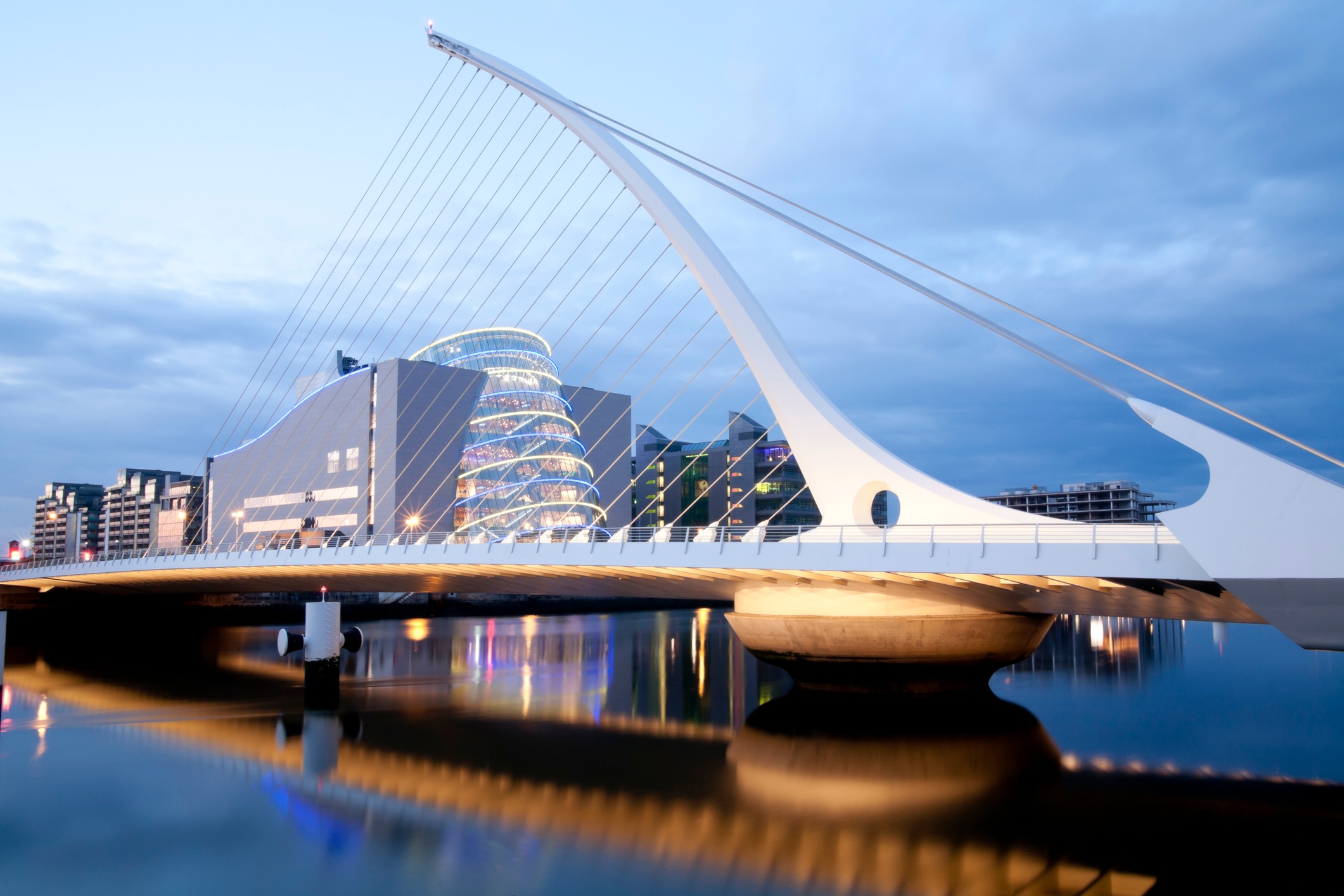 Among the number of projects aimed at both social and economic development within Project Ireland 2040 is a EUR8.6 billion strategic investment plan for public transportation between 2018 and 2027. Dublin Airport saw a record level of passengers in 2017, with more than twenty-nine million travellers making their way through Dublin Airport to over one hundred and eighty destinations worldwide. This increase in traffic has bolstered the case for airport improvements and in April 2016 a proposed second runway received approval and the EUR320 million expansion is estimated to be completed by 2021. The Government has also announced EUR587 million in funding to improve infrastructure in the ports of Dublin, Cork and Shannon-Foynes, with EUR230 million being earmarked for Dublin specifically. The 2040 plan aims to complete road linkages so that every region and all major urban areas are linked to Dublin by a high-quality road network. Within the city, EUR3 billion will realise the Metro Link, a light rail system which will provide the city with a high capacity, high-frequency cross-city rail corridor, estimated to complete by 2027. As the city is currently quite car dependent, this will be a welcome addition and will benefit the growing number of workers in Dublin.

With new investments comes job creation, and with new jobs, comes new residents. This means Dublin needs to accommodate a much larger pool of households now than it did in the past. Demand within the city is strong across all residential sectors and all size categories but supply is a leading issue for Dublin. There is currently an all-time-low level of available rental stock and completions currently are at their lowest level since records began in 1970. Knight Frank has reported that of the annual requirement of 10,000 units per annum only 4,000 units were completed in 2016. The 2016 census for Ireland showed that the national housing stock increased by a mere 8,800 units between 2011 and 2016 while the population grew by 173,613 people over the same period. Continuing lack of zoned development land and labour shortages support JLL’s prediction that it could take five to seven years to solve the supply and demand discrepancy.

The undersupply seen across Dublin’s housing market necessitates that rents and values remain under pressure and are expected to continue to trend upwards. Prices in the city fell from 2007 to 2012 but the rebound has been quite rapid. The Central Statistics Office reports Dublin house prices have increased by 5.5% in the year to September 2018, while apartment prices were up by 7.8% in the same period. From the trough in early 2013, prices nationally have increased by 82.8%, and Dublin residential property prices have increased by 96.1% from their February 2012 low. In September 2018 it was reported that, for the 25th consecutive quarter, rents had risen across the country, with Dublin rents up an impressive 10.9% year-on-year. With prices at the end of 2017 remaining 24% below their 2007 peak, we continue to see room for growth within this market. 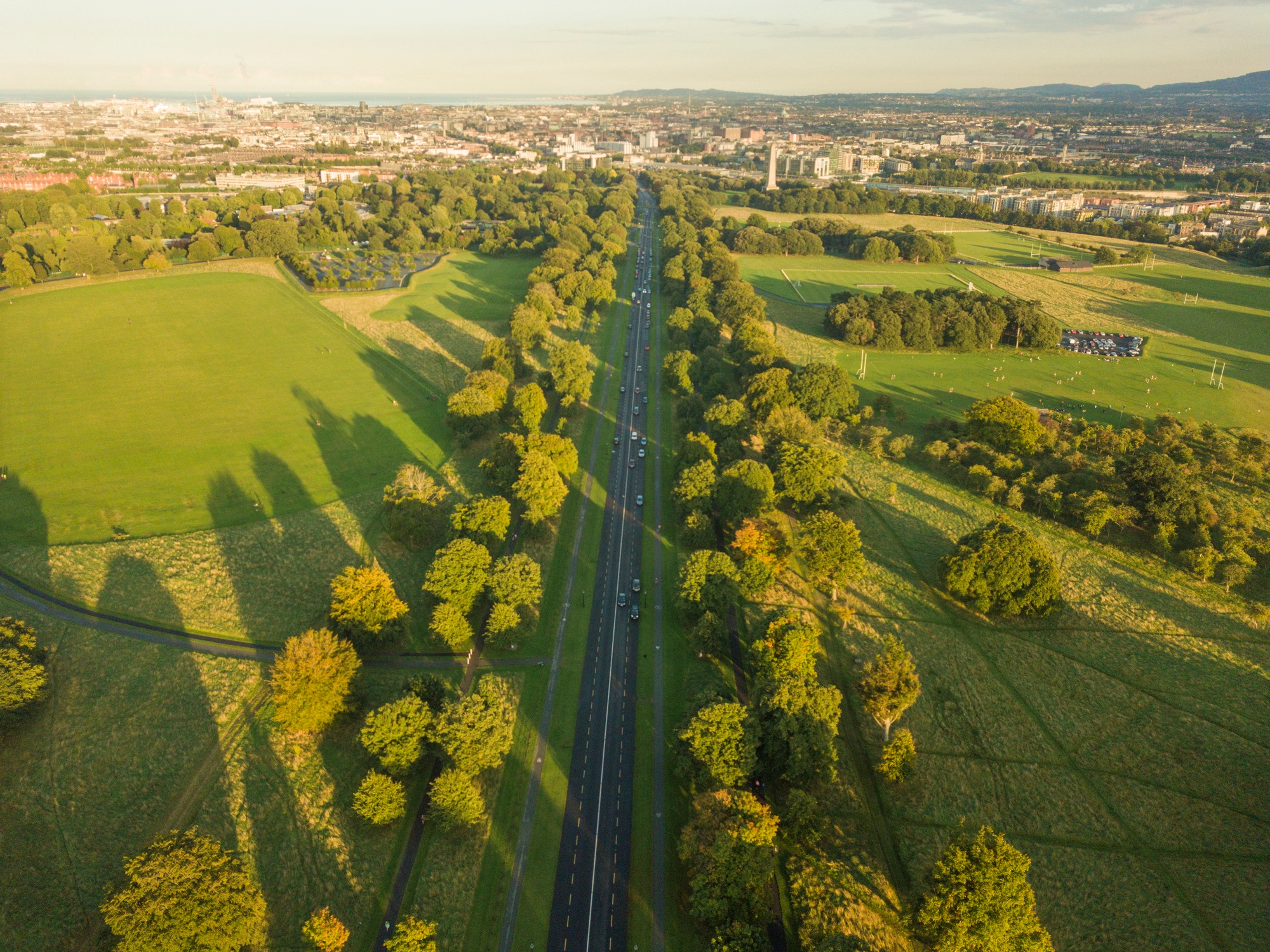 Mercer’s 2018 Quality of Living report dubbed Dublin the top city in UK and Ireland for the second consecutive year and put the Irish capital ahead of Paris, New York and Tokyo. Citing a stable political environment, lower levels of air pollution and a strong sociocultural environment, Dublin’s ranking as a top city to live in comes as little surprise. In a recent OECD report, 87% of Irish citizens stated they were satisfied with their standard of living and Indeed found in 2016 that employees in Dublin were the happiest in Europe. This historic capital city affords its residents access to leading employment opportunities, cultural offerings including regular theatre and literature festivals as well as a culinary scene which encompasses more than a pint of Guinness. Lonely Planet ranked Dublin third in the world for top cities to visit in 2016 and with nearly five million visitors exploring the city each year, its appeal continues to spread.

Ireland is an attractive, highly-skilled and motivated country. Standing apart from other advanced economies, Ireland is a leading global business and financial hub within the European Union. The residential market in Dublin offers investors the opportunity to gain exposure to Europe’s fastest growing economy, with property prices still significantly below their previous peak. Due to the forces of chronic undersupply and continued growing demand it can be expected that both capital and rental growth will continue on an upward trajectory for the foreseeable future and as a result will remain on IP Global’s list of top investment locations.

Visit our Dublin property page to find out more about the property market in Dublin and the latest property investment opportunities - William Beckett House.

Alternatively, please fill out the form below to receive email updates on the latest property investment news.