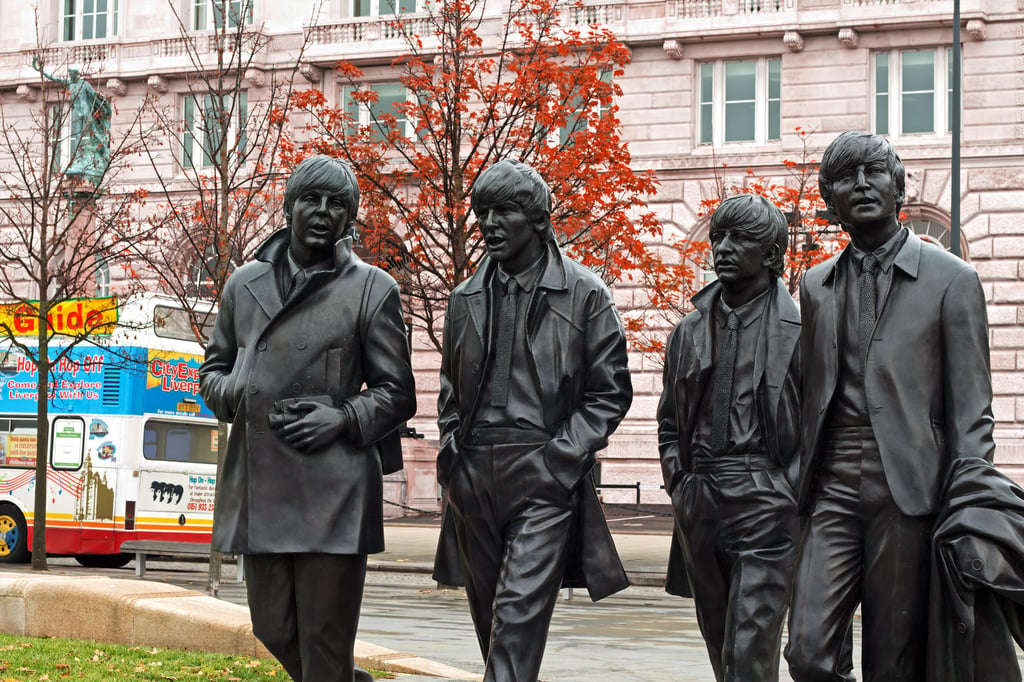 The Beatles could only have come from Liverpool.

Not London, nor Manchester and certainly nowhere as genteel as Edinburgh.

Liverpool’s role as the UK’s leading port for trade with the Americas has had a unique influence on its culture, habits and tastes for more than two centuries.

At any given point in the 1960s, thousands of local sailors would criss-cross the Atlantic on Liverpool-registered ships, returning not just with tales of the glamour of New York or Baltimore, but records from American skiffle and RnB bands which they’d sell to local music shops. Local teenagers would snap up these treasured vinyl imports, among them were two fresh-faced youths by the name of John Lennon and Paul McCartney.

Such worldly cultural insights weren’t available in any other UK city, which were either land-locked or faced east.  Liverpool’s Atlantic DNA was to change pop music history. The city’s music scene found a voice all its own and what happened to Lennon and McCartney, we already know. Those bustling docks have changed with global trading patterns and technology.  Liverpool’s ports still boom, controlling the UK’s trade with North and South America as it always has, but the city’s economy is more diverse now, with life-sciences, auto manufacturing, financial services, tourism and business conventions also driving wealth creation.

So a new use has been found for the older, shallower docks down by the city’s famous Pier Head.  Now an Enterprise Zone called Liverpool Waters, they boast special tax status to go with the UK’s largest and longest-ever planning permission.  Land owner Peel has thirty years to deliver its vision, working with a host of developers to re-cast the docklands in to a thriving new mid- and high-rise community.

New waterside offices, high-rise residential towers, restaurants, hotels, cafes, bars and public spaces are mopping up demand for new places to work, play and live as Liverpool’s economy continues its 15-year run of unbroken growth.  Even during the great crash of 2008 – a deep recession lasting 19 months in the UK – Liverpool’s economy kept growing for all but one of those months.

It is Liverpool Waters’ intelligent master-planning and mix of uses that are driving its current development boom. Unbroken views across the river Mersey to the snow-capped peaks of North Wales help, of course, but so to do plans for a new cruise liner terminal, public park and, at the zone’s northern end, a stunning new stadium for Premier League football team, Everton FC, one of England’s oldest and most decorated clubs.

There’s talk of a new waterfront concert hall for the city’s esteemed Royal Liverpool Philharmonic, the world’s oldest concert orchestra, still under the direct patronage of Her Majesty Queen Elizabeth II.  It’s one of the city’s numerous cultural totems that led the European Union to proclaim it Europe’s Capital of Culture in 2008.  A host of stunning galleries and museums, originally endowed by wealthy ship-owners, cotton brokers and industrialists, give the city extraordinary cultural weight, fuelling its tourism industry along with an architectural legacy that showcases two centuries of economic dominance, carved in pristine Portland stone. Liverpool’s economy has a very modern edge to it, with the largest and fastest-growing tech cluster in the UK outside London. The sector’s growth amidst the funky old warehouse conversions of the Baltic Triangle immediately adjacent to Liverpool Waters has accommodated this demand. Ten Streets, as the initiative is called, is expected to bring thousands of well-paid technology and creative jobs in its wake, stoking demand for homes across the road in Liverpool Waters.

And so, Liverpool continues to look outwards towards the Atlantic, although its new influences are digital rather than musical.  There’s something different on the westerly breeze these days.