Leeds: The Capital of the North 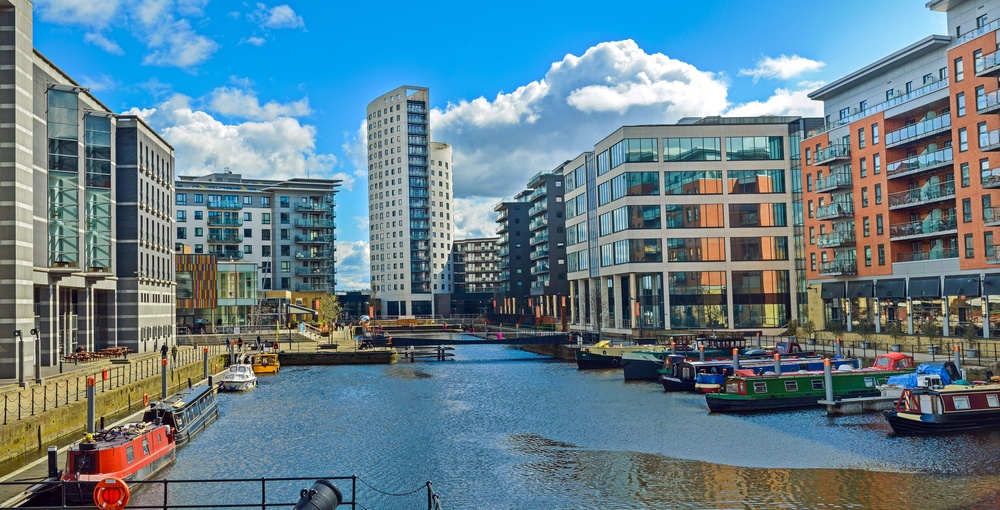 It has been over 20 years since Leeds was renamed ‘the Knightsbridge of the north’, finally brushing off the image of the 1970s ‘motorway city’ where a brutalist concrete landscape charmed the slumbering urban planners. Harvey Nichols took the plunge in 1996 to set up its first location outside London, and triggered a major rebranding of Leeds as a cool and sophisticated metropolis. An influx of big names and shiny high-rise, waterfront developments followed, and in 2017 there is finally a sense that Leeds has the confidence to show its muscle as a Gamma World City and a major European destination.

Attracting 24.9 million tourists each year who put around GBP654 million into the local economy, Leeds has an awful lot to shout about, and its Millennium reinvention as a retail hub and an innovator in bar culture has recently enjoyed some welcome momentum in a post-recession surge of seemingly relentless growth. Now also a legal and financial centre worth GBP2.1 billion annually and with a digital sector already employing over 70,000 people, Leeds has the fourth largest student population in the UK, with numerous campuses centrally based, and with city centre living increasing all the time, Leeds is vibrant, energising and accommodating for young people. A walk around Leeds city centre offers a wealth of history and architecture, but it is blended seamlessly with a pioneering spirit and an energy to innovate.

The famous malls of the Victoria Quarter, Queens Arcade and County Arcade blend in with the sparkle of the mixed-use Trinity Centre and the modernist, John Lewis-dominated Victoria Gate, tempting names like Louis Vuitton, Vivienne Westwood, Paul Smith and Pretty Green to make a rare foray from London. There is no doubt that Harvey Nichols sparked a rush of interest in Leeds, and now its orderly grid of pedestrianised streets and covered shopping centres host a myriad mix of exclusive names and everyday desires. The students and young professionals of Leeds have never had it so good, with several pockets of nightlife dotted around the city, from the cocktail lounge elegance of Greek Street to the independent craft ale bars of the Northern Quarter, Holbeck’s Urban Village and around Call Lane. The food scene in Leeds continues to see a dizzying swath of restaurants opening, with Marco Pierre White and Gino D’Acampo recently adding to the array of fine dining available. But the hunger for indie food is perhaps what Leeds does best, with inventive folk covering the entire globe with street food dished out from converted horseboxes, camper vans and trailers at Trinity Kitchen, Kirkgate Market and various street festivals. 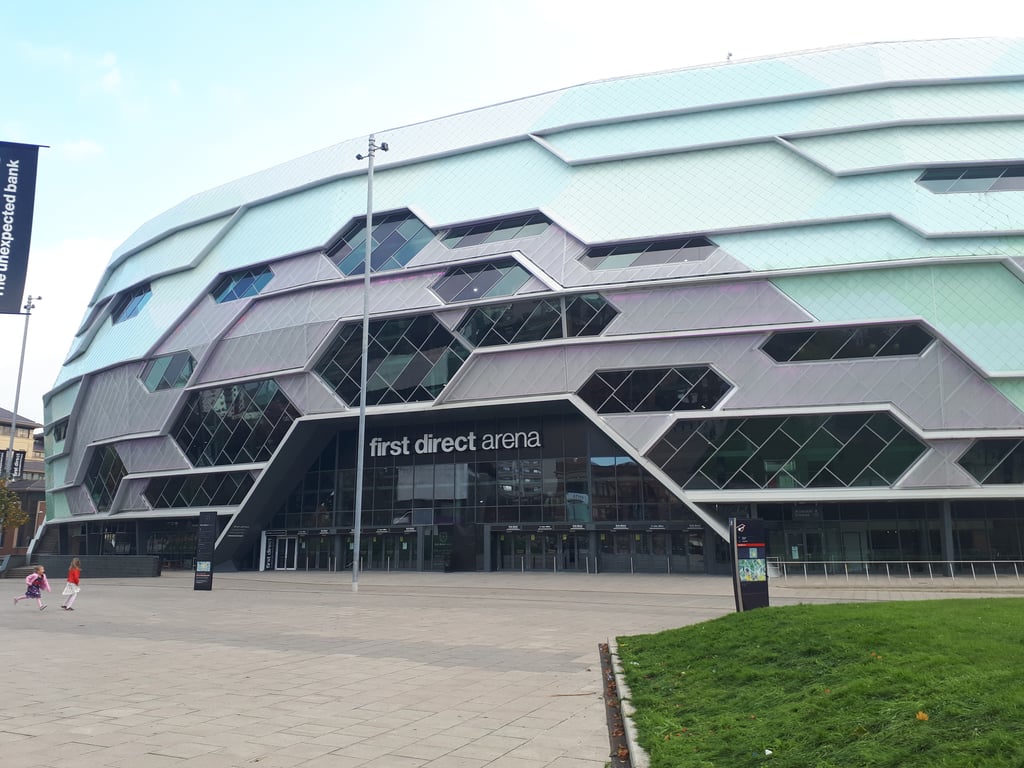 The 2014 opening of the 13,000-capacity First Direct Arena has had the effect everyone predicted, redeveloping the nearby Merrion Centre with bars and restaurants, and attracting the biggest names in the business to Leeds. The city has a proud theatre tradition with the City Varieties, Grand Theatre and West Yorkshire Playhouse all in the city centre, while Leeds is also home to the Northern Ballet and Opera North. The Leeds Museum and the Royal Armouries are also big cultural attractions while the Henry Moore Institute and the Leeds Art Gallery are nationally-renowned. 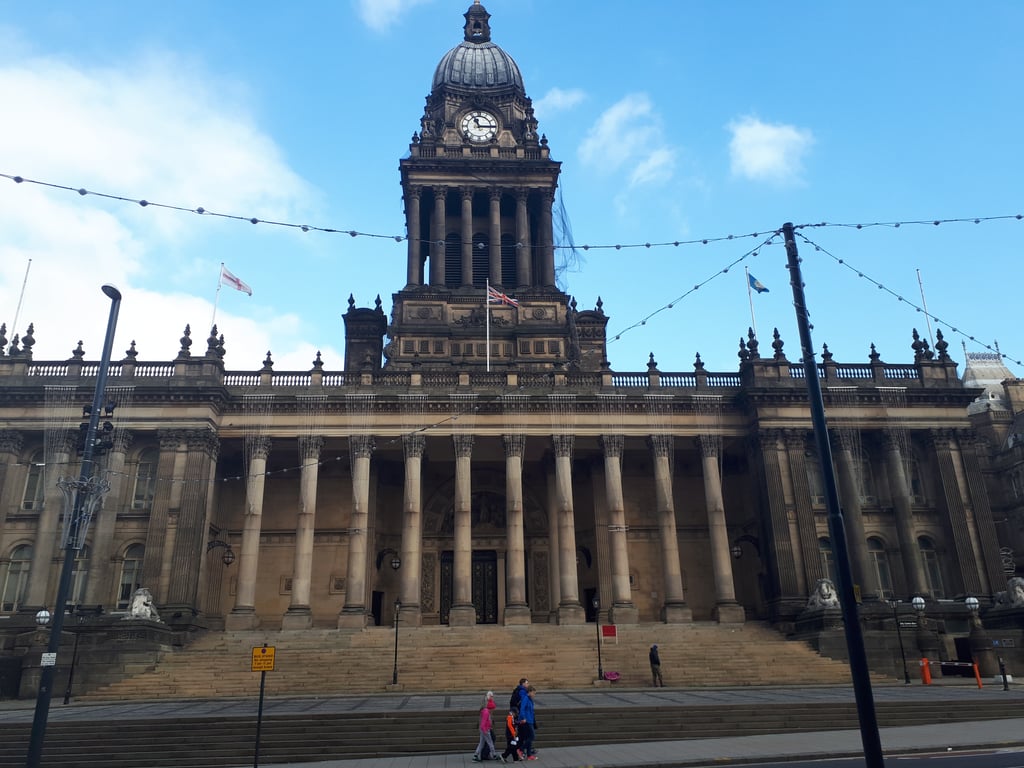 Architecturally, Leeds owes a lot to Victorian design and the famous 1853-built Town Hall dominates the landscape as the visual identity of the city. That was designed by Cuthbert Broderick as was the Corn Exchange, a beautiful domed construction with a mesmerising internal roof structure. The Civic Hall proudly displays the golden owls as the city of Leeds emblem, while the art deco Queens Hotel is a proud and imposing entrance to the city from the train station. 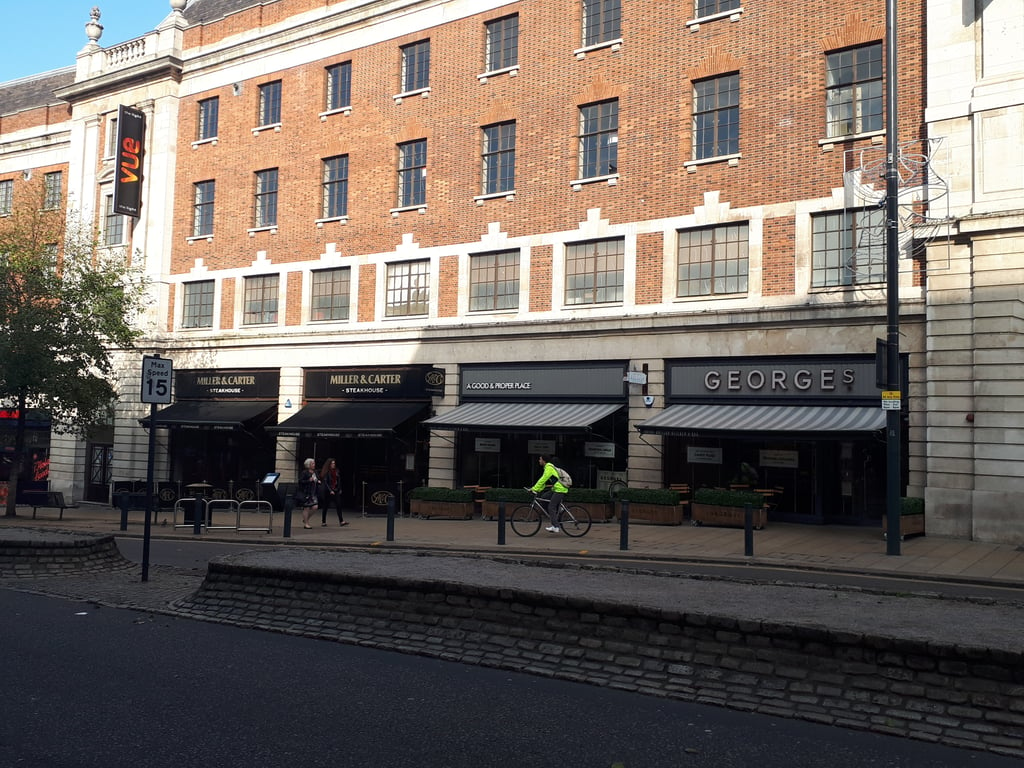 Located as the major city in the Yorkshire region, Leeds is an easy conduit to green space within a short drive in any direction. Roundhay Park, Kirkstall Abbey, Temple Newsam and Golden Acre Park all provide welcome space, fresh air, wildlife, history and escapism.

The rate at which Leeds is developing suggests it has finally accepted and embraced its potential. New projects such as the South Bank Development – to double the size of the city centre – and the GBP500 million investment to improve the train station signal Leeds as taking a long term view on growth and prosperity. Investment is everything; in buildings, people, culture and potential and looking across Europe right now, there can only be few more exciting places to be.