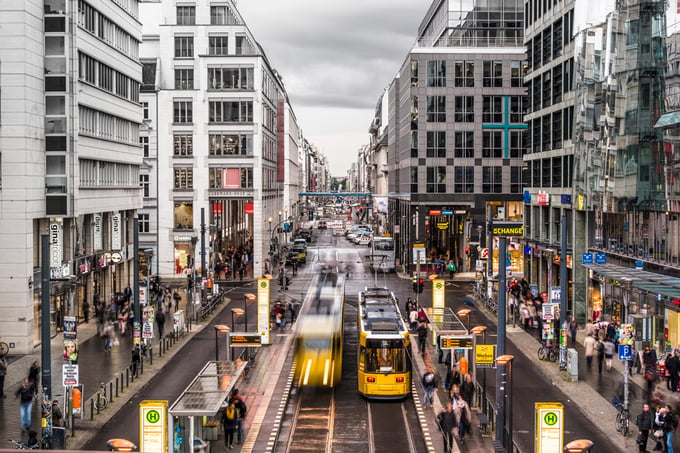 As COVID-19 spreads fear and uncertainty around the world, finding the right market for investment is crucial.

The volatility of stocks in the first half of 2020 has left flight-to-safety investors wondering which economy and asset class will be the most resilient, providing security for their investment. Property has historically been this go-to asset for a number of factors. But with trepidation across the globe, how do you find the right market?

This guide outlines the 5 key elements to look for, using IP Global’s investment case for Berlin as an example. 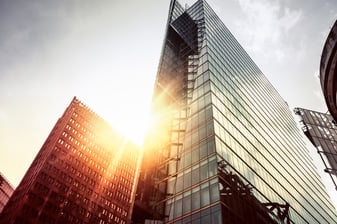 When we look at Berlin, it is an ideal example of an international hub for business and innovation, not to mention the capital of Europe’s largest economy.

While the German economy proved itself highly resilient to external shocks, Berlin’s economy with average GDP growth of 5.6% p.a. since 2016 has far outpaced the national average. The city’s diverse economic base including the large public, business, and knowledge intensive digital services sectors meant it was far less susceptible to external shocks than cities and regions heavily reliant on banking or the manufacturing and export of capital goods such as automobiles, ships, and airliners.

It is estimated that Berlin’s decrease in GDP will amount to a mere 2.7% this year followed by a rebound of 4.9% in 2021, once again outperforming other major German cities.

Due to the high caliber new job creation, Berlin incomes grew by 34% between 2009 and 2017. This was a higher growth rate than in most other German cities and the national average, revealing the scale and underpinning the city’s transformation.

2. High levels of education, R&D, and innovation are key to long-term economic growth. 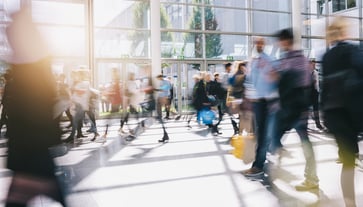 Going forward, we expect to see more reliance on technology than ever before and regions with strong innovation and technological capabilities will perform the best.

Berlin is a start-up capital, and one of the most prolific start- up hubs in Europe with 40% of all German start- up jobs created in the city. Over 200,000 new jobs have been created in the technology-based knowledge intensive business service sector since 2009, resulting in the number of jobs in information and communications technology doubling over the period.

Another important factor to consider is how a market is primed for attracting young talent, often the largest demographic in the rental sector.

Berlin boasts a top-class academic environment with world-renowned institutions such as Humboldt University, Charité, and Frei University Berlin amongst the top ten in Germany. There are a total of more than 250,000 people currently working, researching, or studying in Berlin’s tertiary level educational institutions. And over the next ten years, Berlin is expected to develop into an outstanding European hub for cutting-edge research and technological innovation, attracting more and more talent to the city. 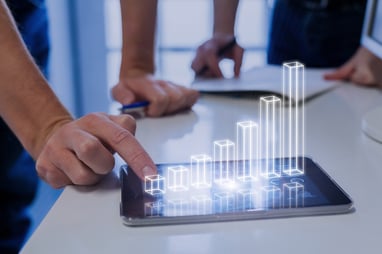 Property investment is for long-term growth and so it's crucial to invest in a market with a high level of government stability and an economy that can weather any downturns or global crises.

Germany has proved to be one of the safest countries in the world to live during the global pandemic. It recorded by far the lowest number of fatalities per 1 million inhabitants of any industrialised nation, thanks to a swift and effective response. Germany’s first-rate healthcare system has approximately 48 ICU beds per 100,000 population compared to the OECD average of 12 beds and has the capacity to process over 1 million COVID-19 tests per week.

Over 98% of Germans are covered by public or private health insurance, greatly reducing the number of unknown pre-existing conditions which contributed to the subdued mortality rate. As a result of the brief yet effective lockdown, and the enormous fiscal program worth 50% of the total European response, the German economy is on track to rebound far quicker than the majority of other advanced economies globally.

4. As the primary driver of demand in the housing market, a robust population growth forecast is essential. 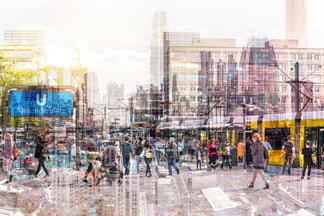 Not only this, but you need to find a market where there is a growing population opting to rent. This is usually the case for young professionals, new migrants, and actually 83% of Berlin’s local residents

Berlin is the most populous city in the EU with 3.7 million residents as of 2020, and on track to surpass 4 million residents by 2030. The city has experienced sustained positive net migration, bolstered by positive natural population growth since 2009. Together with the surrounding area of Berlin-Brandenburg, there are over 6 million people living and working in the region.

Berlin is a young and truly international city, home to expats from over 190 different countries representing 21% of the total population, with the average age of newcomers to the city under 35. Continued population growth and a trend towards one-person households will continue to put pressure on the city’s already strained housing stock.

5. Finally, an under-supplied housing market that will continue to be outstripped by demand for a number of years to come.

Berlin’s housing market remains structurally undersupplied with a deficit of at least 86,000 units as of 2019, while economic and population growth are expected to outstrip supply until at least 2030. An additional 0.5% of apartments were completed per annum over the last decade, while population growth was double that at 1%. As a result, the vacancy rate has continued to tumble from 3.5% in 2011 to 0.8% as of 2019.

An undersupplied housing market combined with a booming economy puts sustained upward pressure on house prices and rents, which has been the case for Berlin over the last decade. Prices for newly built and existing apartments increased by over 120% between 2009 and 2019, with rents following a similar trajectory.

Berlin’s top market segment which accounts for new-builds and refurbished units experienced 8.1% capital appreciation in 2019, while rents increased by 7.3% over the same period. Yet Berlin still remains affordable by both national and global standards for investors and residents alike, and thus the trend is expected to continue for as long as the structural factors persist. 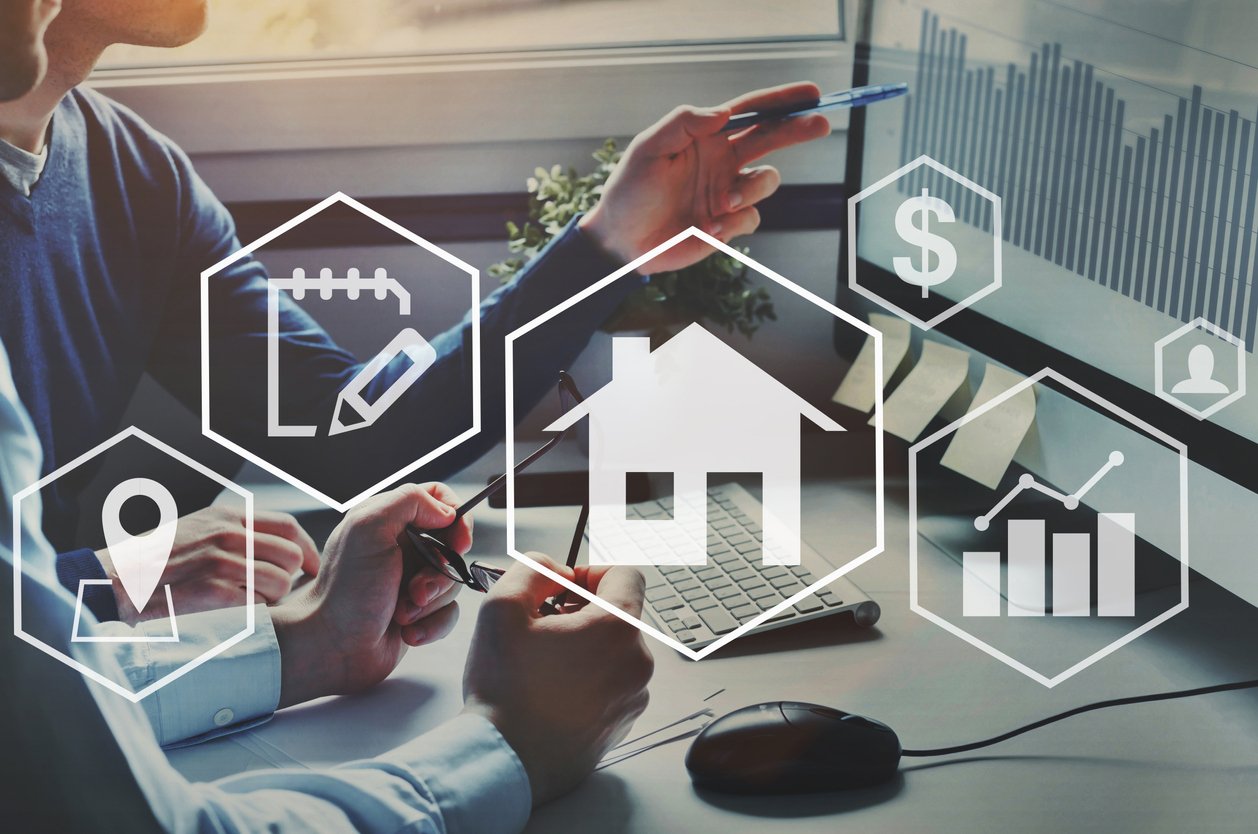 Essentially, when these 5 factors are met, you have a strong investment case to counter any crisis –which is exactly what materialised for Berlin.

Berlin's prime market experienced the third highest level of capital appreciation of any world city in the first half of 2020.

To learn why Berlin's prime housing market experienced the highest level of capital growth in Europe during the pandemic, click here.

Where is the start-up destination for property investment in Europe?