Q&A: Growth and opportunity in Leeds 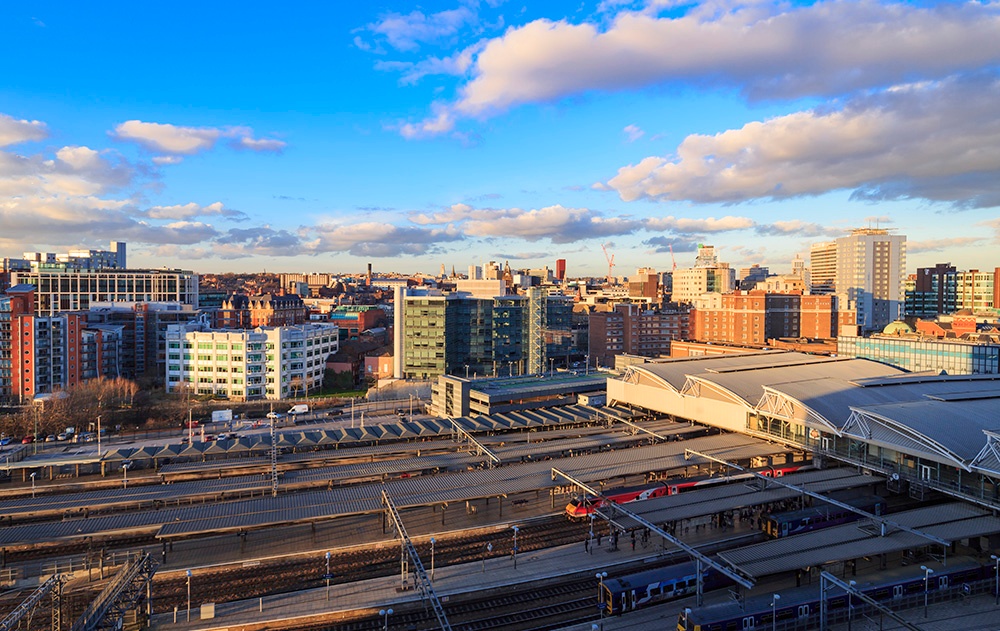 We recently sat down with Patrick Finn, the Managing Director of Gold & Amber Developments and spoke with him about the changes he has seen in Leeds and what attracts people to this up-and-coming city.

From your perspective, what makes Leeds a special city?

Leeds is a very interesting and underestimated place – it is an international city full of innovation and enterprise. It is the fourth biggest city in the UK in terms of metro population and is culturally diverse, drawing people and business from all over the world.

Leeds is often referred to as the ‘Knightsbridge of the North’ for its amazing shopping including the iconic Harvey Nicholas, great number of boutique shops and GBP350 million Trinity Shopping Centre. It also has thriving nightlife with diverse bars and restaurants and three internationally renowned universities with a large student population who add life to the city.

Leeds has been a central draw for investment by the government’s Northern Powerhouse scheme with improvements to transport and infrastructure including the High Speed 2 (HS2) and High Speed 3 (HS3) rail connections which have a large role to play in the long term economic growth plan for the city.

How is the city of Leeds evolving?

Since 2008, major changes and improvements have been implemented around Leeds. This has included the opening of the First Direct Arena, where international bands play on a regular basis, the opening of Trinity shopping centre, which includes a casino, top class bars and restaurants and over 120 shops, the opening of Michelin star restaurants, investments in Leeds City Collage’s city centre campus worth over GBP80 million and significant investments in the cultural quarter aimed at improving the arts in Leeds. This has all cumulated in Leeds bidding to be European City of Culture 2023.

What sort of people want to live or move to Leeds right now?

As one of the UK’s largest financial and professional services hub outside London, Leeds has many young and experienced professionals move to the city for work every year. The city also boostsan internationally recognised teaching hospital which draws many trainee doctors and nurses.

Students account for a large number of the people moving to the city. Leeds has a high graduate retention rate, with more undergraduate and graduate students moving into the city than leaving after completing their studies.

Lastly, Leeds is a top five UK retail and tourism destination, drawing people who work in these industries to the city for their related job opportunities.

Have there been any shifts in the economy and industry of Leeds?

Leeds’s working age population has experienced 10.2% growth from 2010 to 2017. The city has also seen the highest rate of private sector job growth in the UK. Key growth sectors in this period have been in health, medical technology, digital, creative and finance.

The media industry and its related fields have also become big business for Leeds. The city is home to Sky-owned True North, one of the biggest regional TV production companies in the UK, which makes shows including A New Life in the Sun. ITV and Yorkshire TV also have large offices in Leeds and Leeds is currently in the bidding to be Channel 4 TVs new head office location.

What sort of regeneration projects are underway in Leeds?

Connectivity to the region and to the capital have been the major focus of regeneration projects in the city. HS2 will further help Leeds as a business location, shortening travel times to London from 2 hours and 9 minutes to 1 hour and 21 minutes, opening up the city for greater growth.

The Southbank regeneration project has also been an exciting project to rejuvenate the city centre, doubling its size and creating 35,000 new jobs.

Is there a demand for new build properties in Leeds?

There has been an increase in residential demand in Leeds, as the city’s population grew to over 800,000 people in 2017, from 751,000 in 2011, 3,366 new dwellings are required per year until 2033 to meet demand. The demand is highest for city centre housing as it has easy access to amenities and transport links.

Tell us about your new development Lucent Square.

Over the past few years, the city centre of Leeds has been moving towards York Road, as new industries and employment hubs move into the area. Lucent Square is just a 5-minute walk to future cultural hub SOYO, which is located in the east of the city centre.

York Road provides easy road access to areas out of town for people working in other cities or at one of the business parks on the edge of the city- the development features parking spaces to this end.

This is a great opportunity as it is the last area of the city centre to be developed and the development itself will be a fabulous place to live, with easy access to the city centre or a short drive away to the tranquility of the Yorkshire countryside.

What advice would you give to those who want to invest in Leeds?

Leeds is a city unlike any other core city in the UK. The city is a great opportunity for property investors, as housing prices are still relatively low and rental yields high. This is Leeds’s time to shine – it is a fun, vibrant, cosmopolitan city that is England’s best kept secret. Investing in the city now will maximise potential returns.

For any further questions about investing in Leeds, email us: info@ipglobal-ltd.com.