At a time when uncertainty looms over several major economies, and investing in property in the hearts of London or New York can be prohibitively expensive, consider Germany’s capital city where property prices are affordable with plenty of potential.

Berlin was named the Top Market for Real Estate Investment and Development in 2017 for the second year in a row in a report carried out by PWC and the Urban Land Institute, scoring highest on investment, development, prospects for rental growth and prospects for capital growth. In 2016, the city’s performance was strong, with apartment prices rising by an average of 9.6%.

Berlin has plenty going for it with major public realm redevelopments underway, a new international airport due to open in 2018 and formerly rundown areas undergoing transformation. Waves of regeneration are moving outwards from the city’s central locations of Mitte, Charlottenburg and Friedrichshain, with investors and start-ups moving into new districts on the fringe of the city centre.

New international hotels and retail sites are planned across the city, but Berlin’s most significant development will be the Berlin Brandenburg Airport, the capital’s new international airport. When it opens in 2018, it will offer direct flights to and from Asia and service 35 million passengers across two terminals. In addition, it will connect to the Berlin S-Bahn and the wider regional and national rail systems, significantly upgrading cross-country connectivity.

A growing population requires housing, and demand for residential accommodation in the city is strong with 20,000 new homes needed every year. In 2015, only 10,722 new homes were built and in 2017, vacancy rates in the city were down to 1.2%. There are just 1.9 newly finished apartments per 1,000 people, the second lowest figure in the top seven German cities.

Relative to other European capital cities, Berlin property remains very affordable. However, prices are on the rise, due to a backlog of rental demand and an expanding population. In 2016 alone, apartment prices increased 9.6%, with the top market segment (new builds) experiencing 10.5% capital growth. Rental growth was also strong for the same market segment, at 4.6% (CBRE).

Berlin is attracting business investment as well as people. Tech companies, including Facebook, Expedia, Amazon and Tesla, have been entering the market, while Google is set to open a campus in the capital, designed to provide support but also to act as an incubation centre for start-up ventures. Google’s “Campus Berlin” tech hub is due to open in Autumn 2017 in Kreuzberg. Others have also spotted the potential of the German city, with global tech investor Klaus Hommels putting EUR1 million into ‘Factory Berlin’, a technology club that is home to SoundCloud, Twitter and Uber.

Due to low set up costs and a wide talent pool, the capital has been named the best city in which to launch a start-up according to data compiled by the European Start-up Initiative, followed closely by London. In addition, a number of Fintech companies have set their sights on Berlin following Brexit, attracted to the German city for its access to the single market as well as it’s entrepreneurial spirit, multicultural population and relatively low rents.

Future growth in Berlin is likely to be seen in the outer districts of the city where property is more affordable, although these areas are already growing.

Take Neukölln. Situated further south than neighbouring Kreuzberg, the area is big in the start-up scene and popular with a young demographic. Edgy but on the road to gentrification, with a rapidly developing bar and restaurant scene, in 2016 Neukölln recorded the second highest rental growth of any district (Top Market Segment) of 9.6%. Good rental growth is often a promising precursor for future capital growth.

In particular in Neukölln, the postcode areas of Richardplatz and Silbersteinstrase experienced rapid growth with rents increasing by 32% and 24% within one year respectively. IP Global’s own recent project Richard Quartier - where prices were locked in at the end of 2015 - 20.3% growth over the past year was achieved.

Move over to Kreuzberg, an area that is also popular with start-ups and a younger population, is expected to see further gentrification and capital appreciation. The district recorded the highest rental growth (Top Market Segment) in the past year at 11%, again an indicator of good future capital growth.

There are pockets of potential in Prenzlauer Berg and Pankow, too. While traditionally these areas were among the first to be gentrified, with trendy restaurants and other amenities already established, many companies are still setting up here.

If investors move a little further out within these areas, where transportation links to Alexanderplatz and central Prenzlauer Berg are still good, properties remain undervalued. Rental growth in Pankow’s top market segment was recorded at 6.6% over the course of 2016, above the 4.6% Berlin average, while capital growth in Pankow’s top market segment was 6.5%. This was below the Berlin average of 10.5%, but strong rental growth alongside weaker than average capital growth suggests future capital appreciation.

Lichtenberg is a good example of this trend. In 2015 properties in the area increased in price by just 3.4%, while rents experienced stronger growth of 8.7%. In 2016, Lichtenberg’s top property market segment recorded capital appreciation of an astonishing 29.7%, the highest of any Berlin district in 2016, with much growth attributed to areas surrounding the Tierpark.

Berlin is an attractive alternative to the current insecurities of other markets, but should be considered in itself. An international player, with a young, dynamic and multicultural population that is growing, the city is a gateway to Europe with an exciting business and tech scene to boot. An under-supply of housing is already putting upward pressure on prices, as seen in 2016 where strong average residential capital growth of 9.6% was recorded across the city. With a new international airport set to further transform the city, real estate in Berlin is calling out: the time is now. 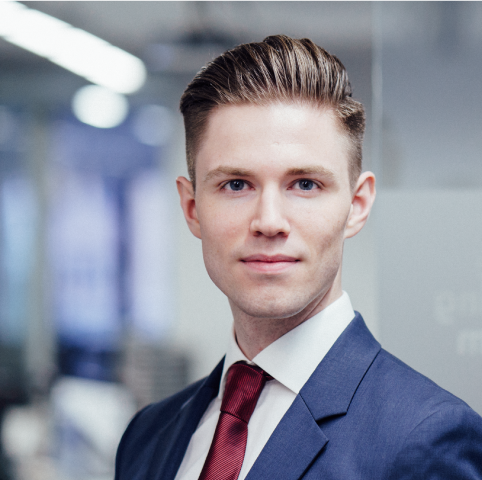