Ask a Local: 7 Reasons Why I Love Manchester

This week we spoke with Berihan Donald – a solicitor who’s been living and working in Manchester for two years – who shared her favourite things about the UK’s second city.

Most people just think of our two Premier League football clubs when asked about sport in Manchester, but there’s so much more than that going on.

There’s the National Cycling Centre, based at the Velodrome, which is part of the legacy of the 2002 Commonwealth Games, along with arenas like the City of Manchester Stadium and the impressive Manchester Aquatics Centre. The Velodrome hosts world-class events, with Olympic-medalists competing on a regular basis – it is also one of many first-class facilities available for public use.

There’s also world-class athletics with competitions like the Great CityGames, which returns to Manchester next month. Jessica Ennis will be attending this year in her first competitive meet since having a baby, and previous competitors include Usain Bolt.

Rugby is a pretty big deal here too. The Sale Sharks rugby union team compete in the Aviva Premiership, and qualified for this year’s inaugural European Rugby Champions Cup, while on the rugby league side we have the Salford Red Devils who play in the Super League.

Then there’s the historic Lancashire County Cricket Club, which celebrated its 150th anniversary last year and still competes in the country’s top cricket league. Manchester Thunder are the reigning champions of the UK’s Netball Superleague, although they unfortunately recently lost in the semis of this year’s competition.

As well as the many London-based restaurants opening up in Manchester (think Hawksmoor, Iberica and Gaucho), there are plenty of great northern restaurants around – TV chefs James Martin and Simon Rimmer have a few well-regarded restaurants up here. The food scene has really exploded in Manchester over the last couple of years and it shows no sign of slowing.

As well as three active theatres that put on some fantastic productions, there are plenty of great museums and galleries across Manchester. The Whitworth Gallery is worth a mention as it has a park attached so it has lots of art in the park as well as inside the gallery. Other museums that shouldn’t be missed are MOSI – the Museum of Science and Industry ¬– and the architecturally striking Imperial War Museum North, which is just as great as its counterparts down south.

Manchester has its own Chinatown – the third-largest in Europe – and the whole city transforms during Chinese New Year, with red lanterns everywhere, stalls set up and parades and lion dances spilling down the street. There’s also Manchester’s famous Curry Mile, which is said to have the largest concentration of South Asian restaurants outside of India, along with a large section of Middle Eastern restaurants. There are also tons of special events going on during and around the important Muslim and Hindu festivals.

You can’t think of Manchester and not think of music. This is the birth place of the Rolling Stones, the Smiths, Joy Division and Oasis – so extensive is the list, Wikipedia has a page dedicated to bands and musicians from Manchester. The music scene remains alive and kicking in the city with many bars specialising in live music nights.

As well as flagship stores for UK retail giants like Selfridges, Harvey Nichols and Next, Manchester is home to budding young designers who sell their wares across the city. The Northern Quarter is a real hotspot for boutique shops driven by the city’s creativity.

Manchester Airport is an award-winner, with its three terminals and millions of passengers making it the third-busiest airport in the UK. It’s easy to get to as well, with convenient taxi, train, tram and bus connections, and it’s also great for getting away all over the world, with direct flights to the likes of Singapore, Hong Kong, Abu Dhabi, Dubai, Cairo, Istanbul, New York and most European cities.

Manchester is also well connected by train, particularly to London. Manchester Piccadilly to London Euston is only just over two hours, so day trips to London are very accessible. And with HS2 on the way along with TransRail, things are only set to get better.

But then again, why would you want to leave? 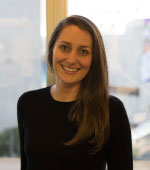